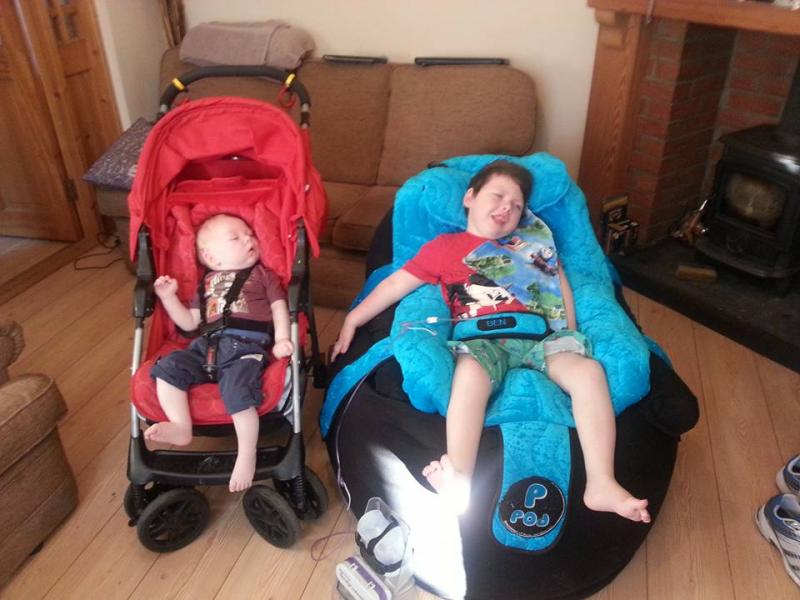 The late Jake and Ben Connolly whose Trust house remains as a legacy of the love they inspired in the Laois community and beyond.

The legacy of young brothers Ben and Jake Connolly is more than most people will leave in entire long lifetimes.

The public generosity that blossomed to try and build them a suitable home has united together communities in Mountmellick, Portarlington and far beyond.

It is only six years ago since the public got to know smiley Ben and his baby brother Jake, when parents Nicolette and Terence went public to ask for help to build a wheelchair accessible home. 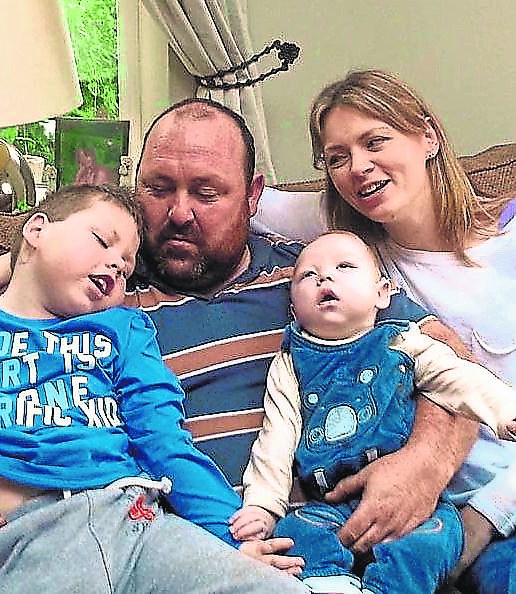 It was in 2014 after they had received the devastating news that baby Jake had the same rare life limiting condition as Ben, then 5. They were the only two children in Ireland with the condition.

Allan Herndon Dudley Syndrome causes brain seizures and brain damage, full loss of muscle control and a limited life expectancy. Sufferers need tube feeds, drugs and 24 seven care.
At that time the family lived in their two storey small townhouse in Connolly Street, with no room for a lift, hoists or wetroom.
They had to stop working to give their boys 24 hour care, and so fell behind in their mortgage.

With the public quickly rowing behind them, doing everything from running marathons, charity balls, cakesales and greyhound races, hope grew to raise an estimated €250,000 needed to build a single storey house for the boys with a sensory garden by 2015.
A site was generously donated in Graigue, Mountmellick and a group of Mountmellick people volunteered to form a legal trust fund, led by Joe McEvoy and PJ Dempsey. A committee also formed to oversee the countless fundraisers that took off in thanks to national coverage.
In 2015 the couple welcomed a healthy new son Billy (pictured below with Ben).

Tragically baby Jake with his cherubic curls died aged just two on January 22 2016, when the house was less than halfway built.
Afterwards Nicolette found it hard to keep the battle going.
“ When Jake passed I lost all interest...the fight was gone. Seeing the foundations marked out was very upsetting as I could see where Jakes bedroom should have been and I found that very hard. But for Ben I have to remain positive and fight on,” she said later that year.
The momentum went out of public fundraising a little bit too and it became a slower process to gather the remaining money needed to complete the house.

By early 2017 the house was weatherproof but there was another €150,000 needed to reach the medically high spec finish needed inside and the family hoped to move in by September.
Fundraisers continued like a fight night by Combat Kickboxing club in Mountmellick, and runs organised by St Michael's athletic club in Portarlington.
Tradesmen continued to volunteer tirelessly to tile, paint, floor, and fit out the house.

After the flood in Mountmellick in November 2017, funding from a Little Black Dress event was kindly diverted by the committee to help flood victims.
That same month Ben aged 8 was admitted to hospital for medication to get him through a status dystonicus episode, the same complication that Jake had passed away from.
Strong little Ben pulled through and did so again in January after a similar episode, with supporters praying and lighting candles.

By March 2018 just €30,000 more was needed, with trustee Joe McEvoy at that time hoping for a September 2018 moving in date.
It passed by again and that October, Nicolette said “time is of the essence”.
By then Ben was spending all his time in his hospital bed at home with music, cartoons and interaction from his carers giving him comforts.
“He is still being bed bathed, there is no room for a hoist even though for his internal organs and chest he needs to sit up. He doesn't get to see anywhere outside the house. The fear always is that he will be taken before the new house is finished,” Nicolette said then.

Last September she confirmed the heartbreaking news that Ben had reached the final stage of his life. He was sleeping more and on stronger medication.
Finally last December, good news was announced that Ben had moved in and Nicolette shared a photo of him asleep in his room.
“Thank you so so much to the community, the trustees, the committee, my dad and his team for all the workmanship put into the house, all the tradespeople who worked tirelessly here... a HUGE HUGE thank you!!!!! Definitely small town, big heart,” she said. 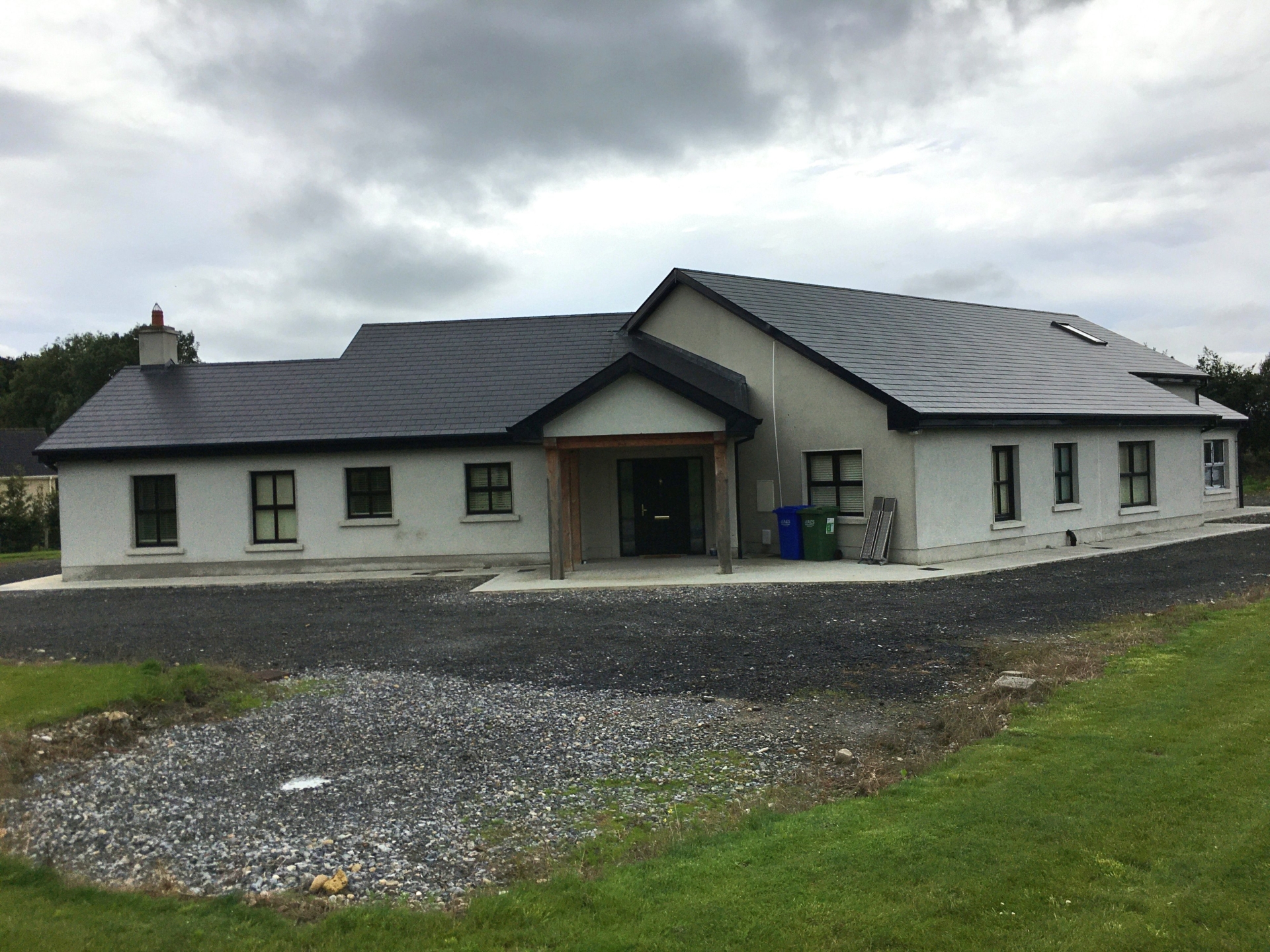 Ben got to celebrate his 11th birthday in the house, Santa and the Easter bunny visited him there too. The final video shared last May by the Trust showed him relaxing in the garden with his sunglasses on listening to the birdsong.

Ben passed away on Wednesday, July 22. The community lined the streets to bid him a final farewell at his funeral. Read here.

In due time the Trust house is hoped to be of use to other families of children with serious conditions.