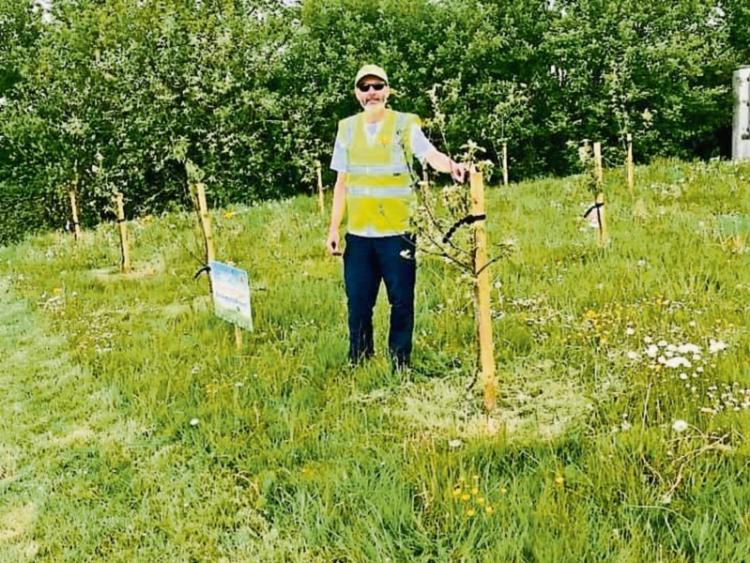 Vincent Booth of Portlaoise Tidy Towns who have been awarded the largest grant among 21 Laois groups.

Some 21 Tidy Town groups around Laois have been awarded grants totalling €24,235 to support their volunteer work.

The three biggest awards are for groups focusing on biodiversity.

“It’s already partly spent on our new orchards all around the town. We will do more community orchards and hopefully add a bit more art if there is any left over amounts,” he explained.

“We are so delighted we got this, we can’t believe it. It is an acknowledgement that we are going in the right direction with biodiversity,” chairperson Lillian Ash said.

Laois County Council said that in some cases, where certain elements were not fundable under Tidy Town Grants, groups were pointed to other sources of funds.

Each group received about 80% of the amounts they sought.

The third largest grant in Laois went to the award winning Abbeyleix Tidy Towns for €2,500.

They also will be using it for biodiversity projects, including paintings of Abbeyleix bog species artworks around the town.