Laois cocooner made an intricate model of Portlaoise military fort 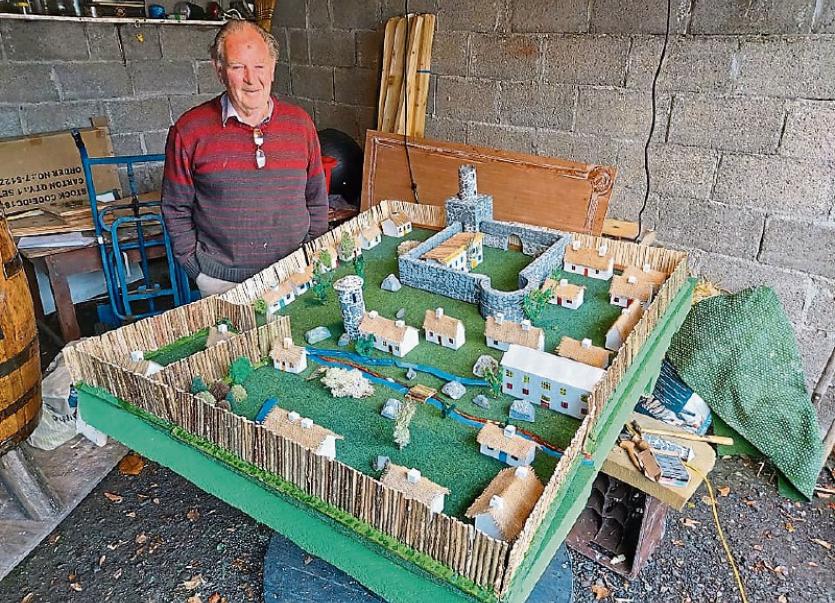 Jim who grew up in John’s Square in Portlaoise and now lives in Coolbanagher, Emo, built an intricate model of the 16th century English fort around which Portlaoise was built.

His model is based on a drawing of the fort done in 1560 and stored in the British National Archives in Kew, London. The Fort Protector was the first English military fort outside the Pale in Ireland, and 70% of its walls and tower are intact and now undergoing a long term restoration. 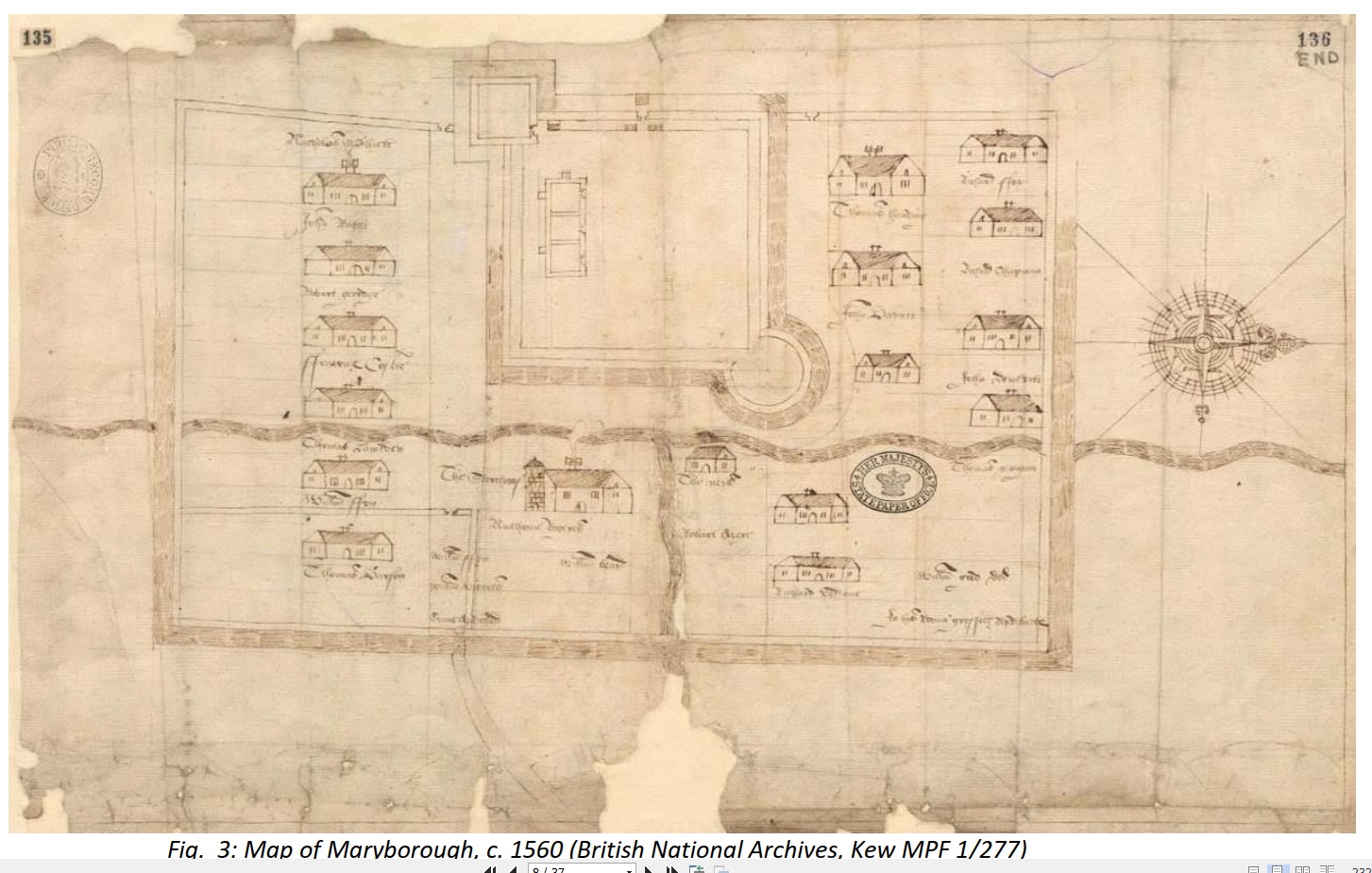 Each of the thatched houses on the map and now on Jim’s model, includes names of the occupants.

“Most of the thatch houses are made of cardboard with a wooden frame inside to keep them together. The roofs are made of hessian to look like thatch. The fences are made of hazel sticks split in two, which were used for fences at that time,” he said.

The Triogue river is created from perspex that Jim painted blue and lined underneath with tinfoil to reflect light.

Jim is a member of Laois Heritage Society and of Portlaoise Men’s Shed group.

It was Ray Harte in the Men’s Shed who came up with the idea of making a model of the fort. After the club closed for Covid restrictions Jim made it in his shed at home.

It was one of two projects that Jim completed, the other being a beautiful wooden games table with intricate marquetry work.

“I used to do a lot of gardening but I hurt my back at the start of the lockdown. I said I certainly could not do nothing, I’m not one to sit around,” he said.

“I would do a couple of hours on the fort and while glue was drying I would do a bit of the table. The fort took me a couple of hundred hours at least. I did enjoy doing it, I could get lost in it,” he said.

He had also consulted a report by Richard McLoughlin on the Fort Protector, as well as using his own knowledge gathered over the years from attending lectures organised by the heritage society.

His dearest wish is for Laois to have a county museum.

“We are waiting a long time. We should be gathering up our artifacts and memorabilia in a room with good conditions to open a museum. There is still a lot of stuff out there. It is a matter of putting it in safe keeping.

“I have a dream, the fort’s round tower is going to have a viewing walkway, I think it could be an ideal place for a museum,” he said.

In the meantime the model is planned to go on display in Portlaoise library once Covid-19 restrictions ease. Jim hopes it will inspire interest in local history.

“The fort is part of our history. It shows how far we have developed in the town. I hope to add on a few more bits, like the burial ridge and the old church,” he said.

“I'd like to thank Jim for his hard work and his amazing creativity during lockdown. There is great interest locally in the Fort, from which the origins of the town of Portlaoise can be traced.

“The Laois Heritage Society have been heavily involved in the ongoing conservation project of the Fort, and Jim's model will help us interpret the site even further, giving people the opportunity to see how the fort looked around the time of its construction in 1547. Ideally, we would envisage that the model be exhibited in a County Museum based in Portlaoise in the future,” he said.