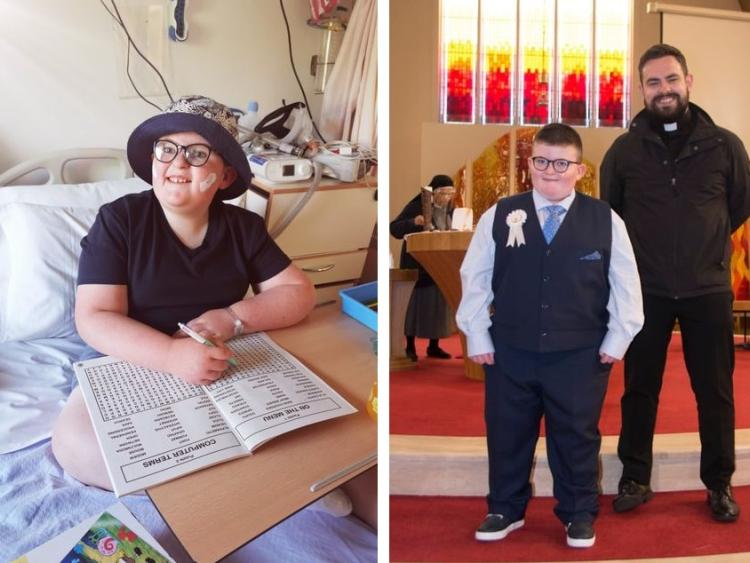 Jim Sheils from Portlaoise who has Prader Willi Syndrome among other health issues, pictured with Fr David Vard on his special First Communion day.

A brave little Laois boy who lives with multiple health problems, got a special Holy Communion Day all to himself last week.

It was a special day all to himself because Jim finds it difficult to cope with being in a large group.

His mother Emma Sheils told the Leinster Express about his biggest health challenges.

"Jim has Prader Willi Syndrome. It means he never feels full. He also has epilepsy, scoliosis and obstructive sleep apnea so he is on a CPAP machine every night. He has Obsessive Compulsive Disorder as well," she said.

Jim's parents Emma and Conor must inject him with a growth hormone every night. He is on multiple medications that take three hours in the morning, and three and a quarter hours at night to administer, because there must be 15 minutes between each dose.

"This year he had a very bad year due to seizures, he was in Crumlin in July for two weeks, he had two very bad seizures and had to be resuscitated. They transferred him to Portlaoise then for a few days to give us a break from travelling up and down to Dublin, they were fantastic in Portlaoise," she said.

In their home they must keep locks on the fridge and presses, and keep Jim distracted from his pangs of hunger with jigsaws, colouring books and showers several times a day.

"He has low energy so getting him to do exercise is a struggle. He has a lot going on. But he is a great little boy. He's so funny and witty and friendly and caring," she said.

Emma has recently begun a two year break from her job in St Fintan's Hospital to care for Jim, taking over from her parents Paula and Michael Feehan who had been doing the childminding up to now.

Jim moved from Scoil Bhride NS in Knockmay this year to start in St Francis Special School where his complex needs can be better addressed.

"It is brilliant, he is getting the bus there, he loves giving us a wave from it and when he gets home he is telling me everything that's happened. We are looking forward to him being in the new school soon. There are only six in his class with an SNA and a teacher. It makes our life so much easier because he comes home in great form," she said.

He also gets early intervention support at the Spraoi Centre at St Fintan's campus.

The Holy Communion Day was perfect for Jim and his family, including his big brother Mikey, 14 and little sister Anna May, 5. 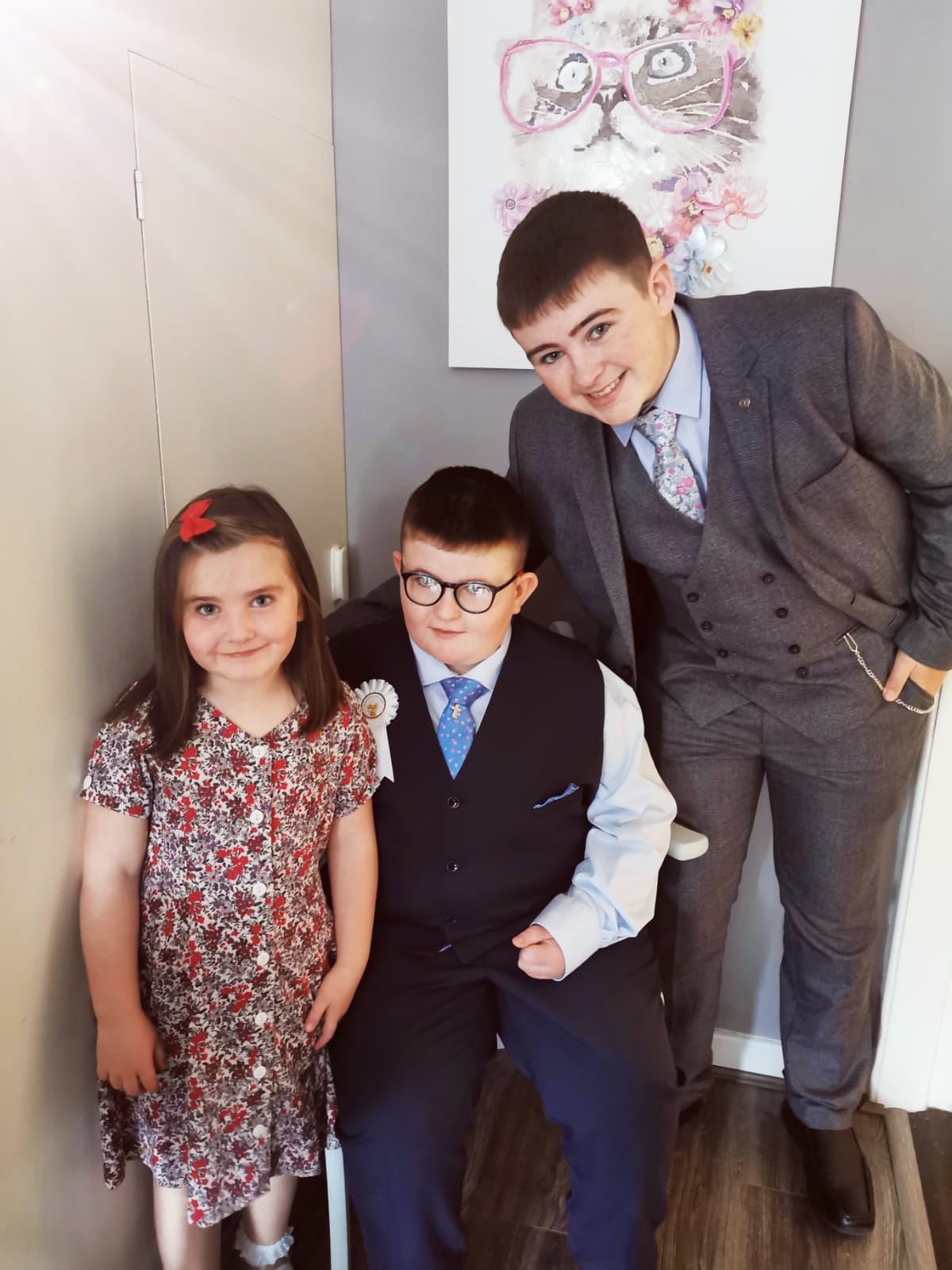 "Portlaoise parish helped us make Jim's day so special. We decided it was best to have him make his communion on his own, so on September 9 at 11am Fr David did the ceremony, he was absolutely fantastic, it made it so much more personal. He wouldn't have been able for the big crowds.

"We had a small meal after in the Bay Tree in Portlaoise and they knew to bring limited food to the table. If we go out to eat we all have to get our meal at the same time, with no extras on the table, or Jim would become too frustrated. That day we were home by 1.30 and Jim was in his happy place, not upset at all," Emma said.

His class in St Francis School even followed up with a little celebration for him.

Emma wants the community to be aware of Jim's condition.

"I would like to raise more awareness of Prader-Willi, and what Jim is going through. As he gets older it will be harder, but the more people that know him the easier it will be," she said.

Over 100 people in Ireland live with PWS. The PSW Association of Ireland describes the disorder as follows:

Prader-Willi syndrome (PWS) is a complex genetic disorder, usually not hereditary. It can occur in any family and, in most cases, only one child will have it.  It is not an illness or a disease. It is typically characterized by low muscle tone, short stature (when not treated with growth hormone), incomplete sexual development, disturbed sleep patterns, cognitive disabilities, behavioural problems, and a chronic feeling of insatiable hunger that can lead to excessive eating and life-threatening obesity.