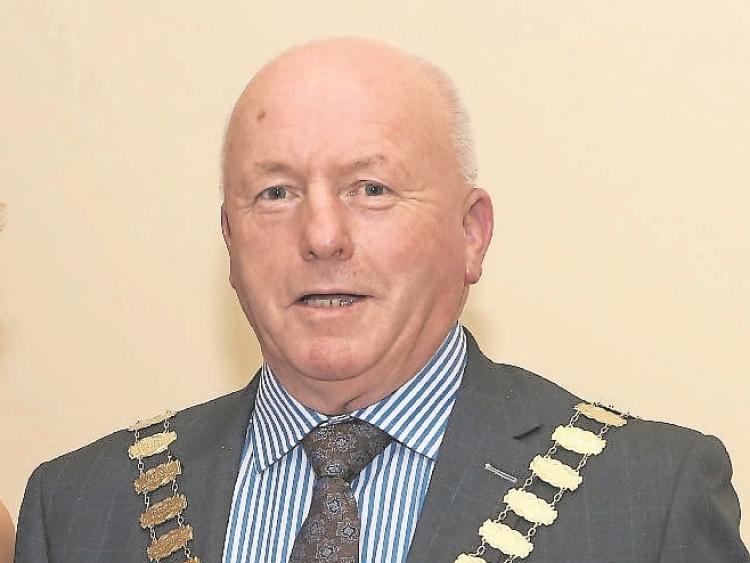 Councillor Tom Mulhall who is recovering from illness.

The family of a Laois Fine Gael councillor who is recovering from illness, has written to give public thanks to his colleagues and Laois County Council staff for their support to him.

Cllr Tom Mulhall from Emo was taken ill suddenly last June and is receiving care as he continues to recover at Peamount Hospital in Dublin.

His family Brigid, Una and Niall Mulhall wrote a letter to Laois County Council which was read out at their September meeting.

“On behalf of Cllr Tom Mulhall we would like to thank you all most sincerely for your support over the past eight weeks.

“Tom has received so many get-well wishes from his colleagues and those he worked closely with every day and we as a family are very appreciative of this.

We have been sharing these messages with him and they are helping him keep focussed on his recovery. He regularly enquires about his council colleagues and is keeping up to date with news from home through the local papers.

“Anyone who has spent time with Tom will know that he is very strong-willed and we are happy to say that he is making a steady recovery with the help of wonderful healthcare staff.

“We are looking forward to welcoming him home to Emo soon. Thank you again for your support and kindness,” they said.

“Best wishes to Tom Mulhall, he has been a stalwart of support to the Garda Síochána and a very fitting chairman. I wish him and his family well in the future,” Chief Supt John Scanlon said.

The quarterly meeting was chaired in his absence by Cllr Padraig Fleming. He had begun the meeting by paying tribute to his colleague.

“This time three months ago Tom was chairing the meeting. We pass on our best wishes to him to recover as quickly as he is able to in Peamount,” he said.