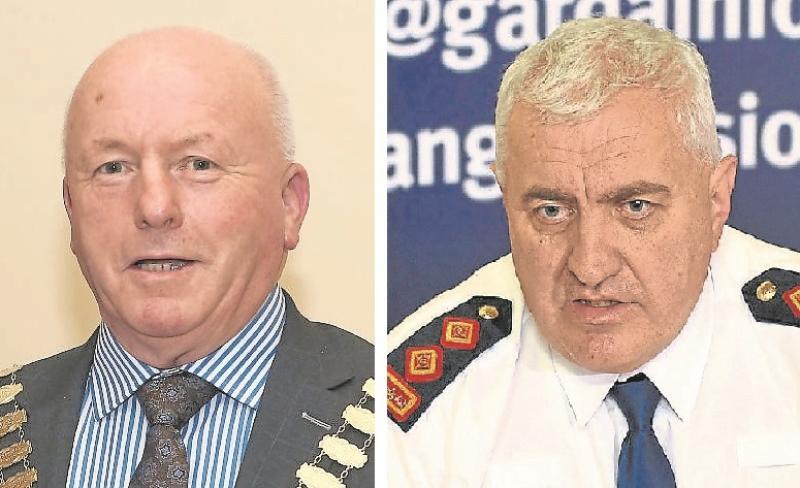 The Laois Garda Chief Superintendent has sent good wishes for the recovery of Tom Mulhall, who had to retire early for health reasons as a councillor and as chairman of the Laois Joint Policing committee.

“I want to thank him not just for his chairmanship of the committee, but for his personal attention to his constituents and his regular contact with myself and other officers here in respect of matters that had to be handled sensitively. He was very discreet, professional, essentially a decent human being who did his best for everybody and I want to thank him for his support to An Garda Siochána over the last number of years.

“I look forward to talking to him again in that capacity, whether it’s on the council or as one of those concerned citizens that he always was,” Chief Supt Scanlan said, speaking at the April committee meeting.

“Tom worked very hard for the people he represented and also for the council. He had always plenty of issues to raise on behalf of the people. He worked tremendously hard. I want to wish Tom the very best of success and improved health every day and wish him the very best from the JPC,” he said.

Community rep Tom Jones was among others who also offered good wishes.

“I’ve known Tom for 35 or 40 years, an excellent ambassador locally, I was very sorry to see him go from the council and I wish him well in his recovery,” he said.