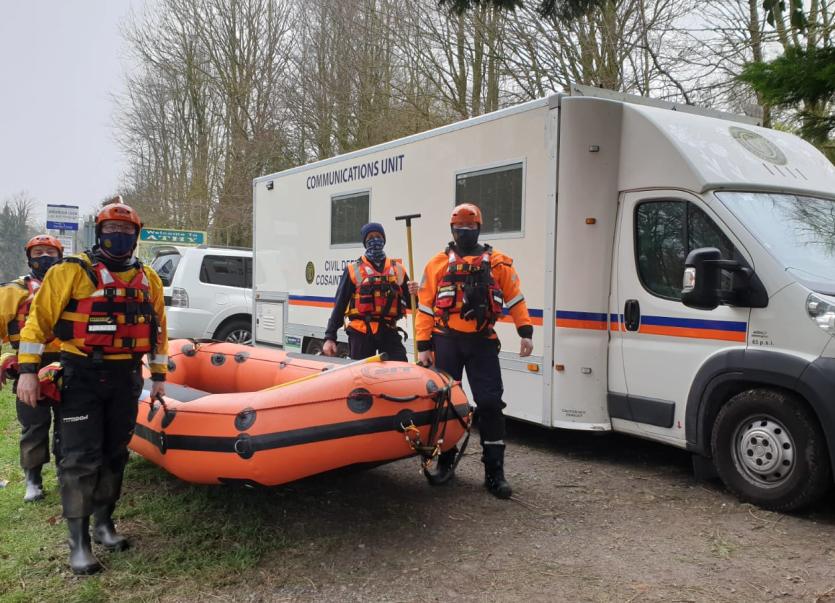 Laois Civil Defence is effectively homeless after ending a lease on a site in Mountmellick to house their equipment, with no luck since to find a new base.

A permanent site is being urgently sought by Laois County Council for the volunteer emergency service organisation which has several branches around the county but needs one base for large equipment and training procedures.

Simon Walton has revealed their problems with finding a home for the volunteer emergency services organisation.

“Our current arrangements are far from ideal. We are looking for a suitable base in Portlaoise longterm. If we have to rent in the short term that’s what we will do. Two times recently bases fell through. We remain committed to finding a premises long term.

“If you’d asked me 48 hours ago I’d have said next week we’d be on a six month lease. Unfortunately those arrangements are more than likely gone. We are in the market to purchase, that is our preference. The existing accommodation is unsatisfactory. We were removed from a longterm lease in Mountmellick and we took that opportunity, but it put further pressure on the identification of a suitable property. It is a challenge but we’re engaged with it on a daily basis,” Mr Walton said.

He was responding to a motion tabled by Cllr Caroline Dwane Stanley to the May meeting of Portlaoise Municipal District, asking for progress.

“They carry out valuable work and are called out in the most extreme occasions. They did great work during Covid. I remember raising this back when Kieran Kehoe was Director, at that time he said the timeframe was two years. I am sad to hear you nearly got over the goal post twice. It is vital that the base is in Portlaoise, this is a fantastic service for the county,” Cllr Caroline Dwane Stanley said.

Her motion was supported by Cllr Catherine Fitzgerald.

The council CEO John Mulholland committed in the 2021 budget to create a central facility in Portlaoise for Laois Civil Defence. He said this would also offer a training facility and an opportunity to expand membership and enhance the service it gives to Laois.