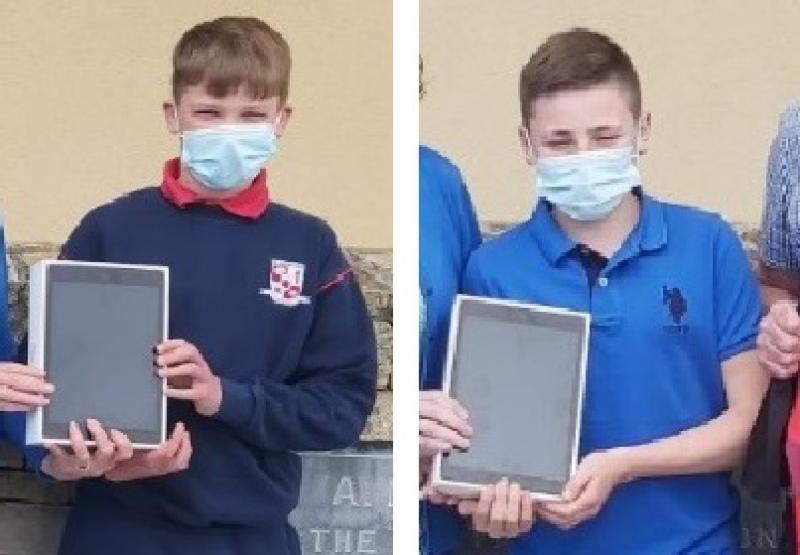 Two Laois boys have a great start ahead on their secondary school education, after winning scholarships to a Portlaoise school.

St Mary's CBS have announced the recipients of their From Each His Best scholarship awards for 2020/2021.

The scholarship covers the cost of an iPad, books, and school uniform for the duration of the student’s first academic year.

The school has extended congratulations to Eoghan Deegan and Daniel Downey.

Eoghan is a past pupil of St Colman's National School Stradbally and the school praise him for the achievements that made him a scholarship choice.

"We would like to wish Eoghan and his family the best of luck during his time with us. Eoghan has an interest in numerous sports such as GAA, athletics and soccer. He has captained numerous teams as a natural leader and has won community games finals along with being selected for the Midlands soccer team. He has showcased some of his academic ability with the magnificent results he recieved in the scholarship exam."

Below: Eoghan with his parents and CBS principal Maura Murphy. 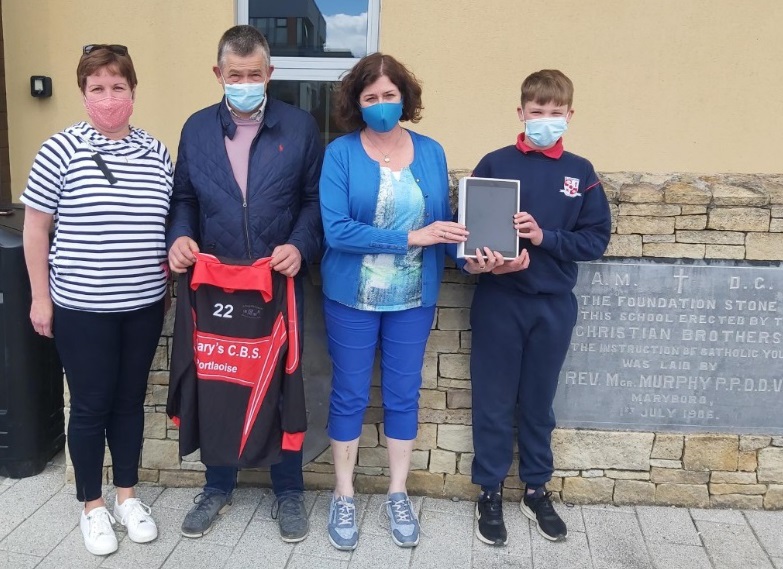 Daniel is a past pupil of Ratheniska National School and a successful athlete and scholar.

"Daniel has numerous sporting endeavours with Athletics, GAA, Soccer and Rugby. Daniel has represented Laois and Leinster at provincial and national levels. He has had All-Ireland success in cross country and is the current record holder for the 600m indoors sprint. He has also had cross-country and long jump success along with numerous GAA accolades. His excellent academic ability helped Daniel to achieve fantastic results in his scholarship entrance exam. We would like also to wish Daniel and his family all the best for his time here in St. Mary’s CBS," the school says.

Below: Daniel with his parents and CBS principal Maura Murphy. 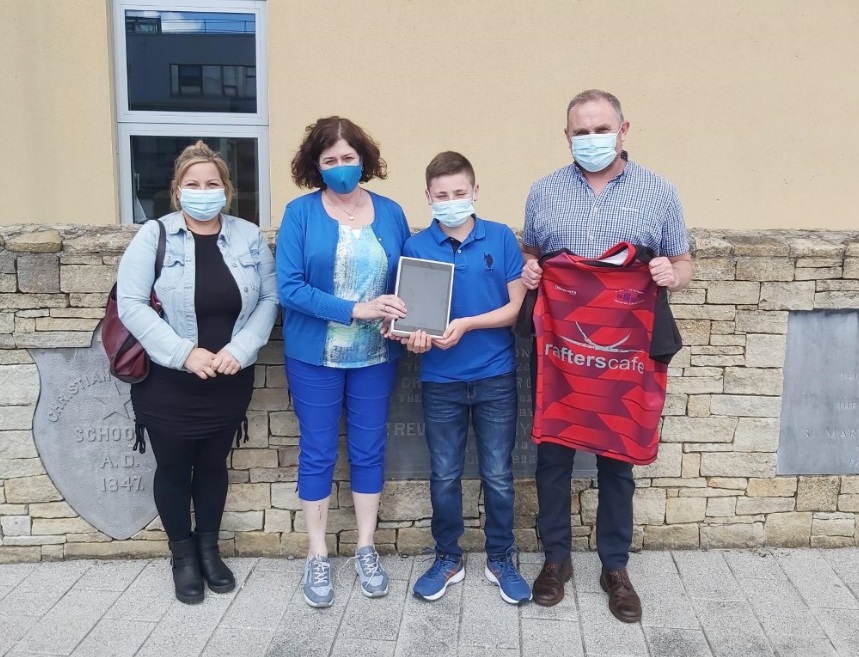 "CBS has offered two scholarships due to the high number of applications in recent years. As part of this new initiative, the CBS are seeking to combine academic excellence, sporting ambition and all-round character development with a close working relationship between teachers and parents. These scholarships aim to facilitate the holistic development of CBS students by rewarding those who strive to achieve academic excellence in conjunction with their sporting careers."