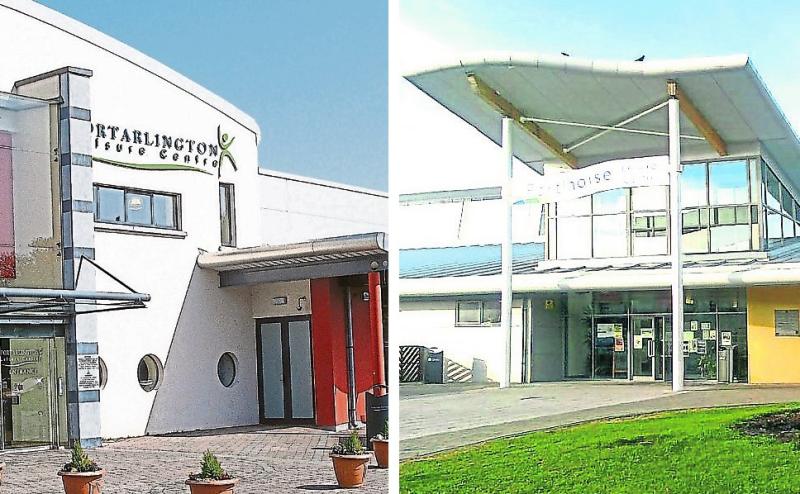 The deal has been struck to combine Portarlington and Portlaoise leisure centres, with staff to be shared between them.

Both centres offer the only publicly owned 25m swimming pools and gyms in Laois, soon now to reopen.

It means that paid up members will be able to use either facility.

Laois County Council CEO John Mulholland announced this Monday that the board of directors in Portarlington has agreed to the council's request to reopen and manage the Portlaoise centre, which went into liquidation almost a year ago.

"There will be one manager looking after both centres, and share the workforce, have a flexi ticket and so on," Mr Mulholland said.

"It's a positive development. We said at the outset that we would not envisage assigning it to a private company and we wanted a volunteer company to be able to do it. Given the experience and competance of the people involved with the Portarlington Leisure centre, I am pleased that they have responded to our request that they would put their hand up for this.

"I thank the chairman Willie Murphy and Cllr Eddie Fitzpatrick and the board many of whom are volunteers for a long period. I also acknowledge the efforts of Cllr Fleming and Cllr Mullins in their influence to bringing this to a conclusion," the council CEO said.

He said that the licence has been signed and is effective immediately, speaking at the May council meeting on May 31.

The 30 staff from Portlaoise should get a chance to get their jobs back, says Cllr Willie Aird.

"I say this passionately, you had some great workers there, I am asking that they be afforded an opportunity to get employment again. They are probably on the PUP, some have up to 20 years experience, qualified lifeguards and receptionists and all great people," he said.

The Portarlington centre will be reopening on June 7.  The Portlaoise leisure centre is hoped to reopen in mid July, with renovation work still underway there paid by Laois County Council.