Every town and village in Laois should have playground 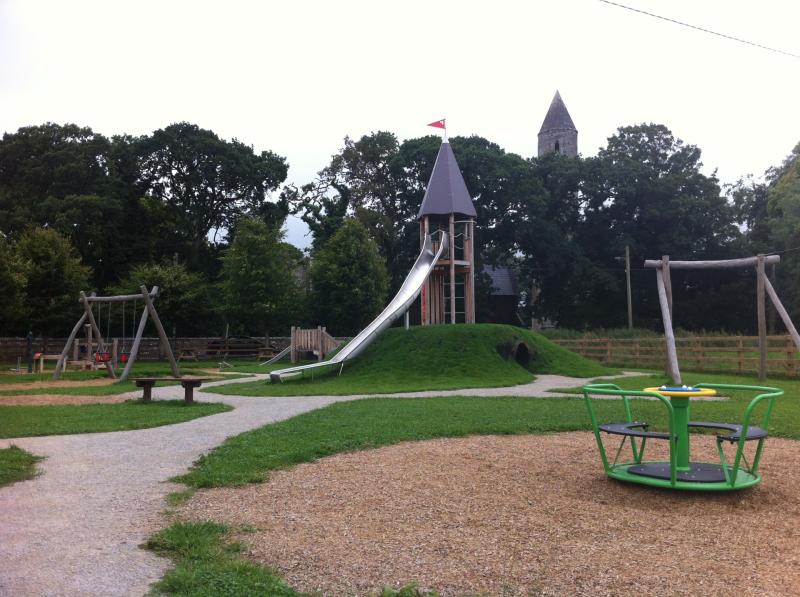 Every small town and village in Laois should have a playground, according to county councillors who have backed a campaign for Emo to be next in line.

Cllr Paschal McEvoy, Fianna Fáil, raised the issue recently when he called on Laois County Council to support an application by Emo Community for a playground in the parish field.

She said several site visits were made previously to Emo at the request of former councillor Mr Tom Mulhall.

She outlined the key requirements to getting a community playground project started are:

1. Community Group to drive the project and

2. Availability of a Suitable Site

Ms Maher added that community representatives should contact the Sport & Leisure Officer to arrange a meeting to explore available options to deliver a play facility.

Cllr McEvoy believed that the two key requirements had been met. He said he has met the local group that is driving the project. On the second group he said work has begun to source funding that would pay for a feasibility study.

“Every small town and village in the county should have a playground. It’s a necessity,” he said.

“The amount of people that converge on them during the summer is unbelievable. It’s a small price to pay for  such facilities,” he said.

He said everything should be ‘shovel ready’ in Emo where the community is very focused on what they want.

Cllr Aisling McEvoy, Fine Gael, agreed that all such communities should have playgrounds. She instanced Alres and Ballyadams as two that should be on a list. She said the playground in Killeen ‘is always full’ with people coming from Graiguecullen with children.

“The council should identify villages and towns that need playgrounds,” she said.

She paid tribute to Tom Mulhall for his work in Emo and said the council should support the community’s efforts as much as possible.

She suggested that a group be established to deliver to other communities.