Portlaoise hospital cared for her Laois husband in 2021 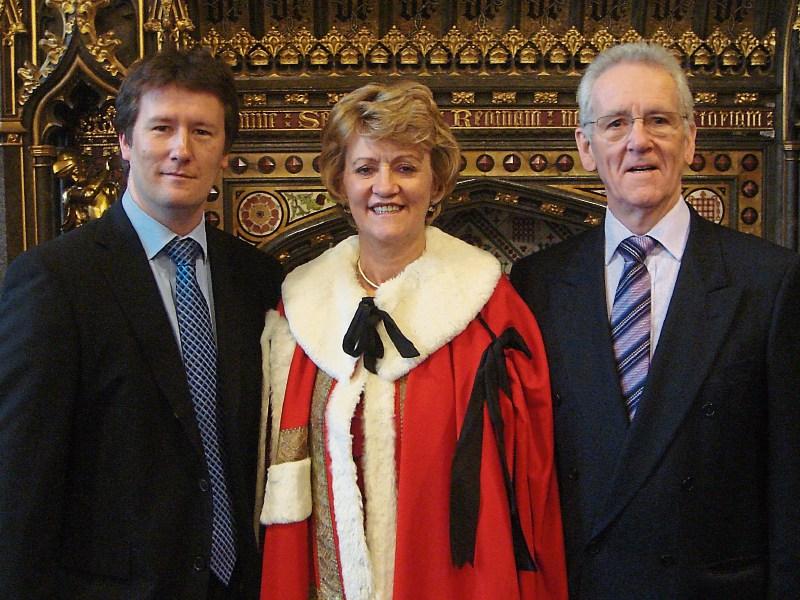 A Dublin woman who is a Baroness in the House of Lords had given high praise to the staff of Portlaoise hospital for the care given to her Laois-born husband.

Baroness Dee Doocey was married to Jim Doocey from Mountrath. She is a British Liberal Democrat politician and businesswoman. A former Chair of the London Assembly, she was created a life peer in 2010 and is now the inaugural Chair of the House of Lords Finance Committee.

She has written a public letter of thanks in which she thanked the staff of the Midland Regional Hospital Portlaoise for the care provided to her husband during 2021.

“I want to commend and thank the many staff of Portlaoise Hospital, who cared for my husband, Jim, with unimaginable dedication and warmth in the last days of his life.

“Jim was born in Mountrath. He was educated there, and in Portlaoise, though he left Ireland in his teens and spent the rest of his life in London. We married in 1969 and were lucky to have a son, Mark, and 52 very happy years together.

“Jim suffered three strokes during 2017 but he managed to live a full life for the next four years. This September, he said he would like to go to Mountrath, and we arrived for the weekend on the 30th. We spent a lovely evening with his family but he had a massive, final stroke the next day.

“He was rushed to Portlaoise hospital where he was put under the care of Dr John Connaughton – an inspirational doctor. Expert, compassionate, direct and open, he both cared for Jim and ensured that Mark and I had clear information on his condition, however hard it was to hear.

“Meanwhile, the level of care provided by the nursing staff (led by Sister Preetha Thomas), the auxiliary staff and the porters was way beyond anything we could have wished for. Nothing was too much trouble for them in caring for Jim and in caring for us as we sat with him for his last hours.

“The people of Laois are very fortunate to have such an exceptionally good hospital on their doorstep. I know without a shadow of doubt that my husband could not have received better care from staff at any hospital the world over.

“Their kindness made the worst experience of our lives bearable and we shall forever be grateful. Thank you,” concluded the letter.