Astonishing response already to family's appeal that is supported by GAA, Prison Service and Gardaí 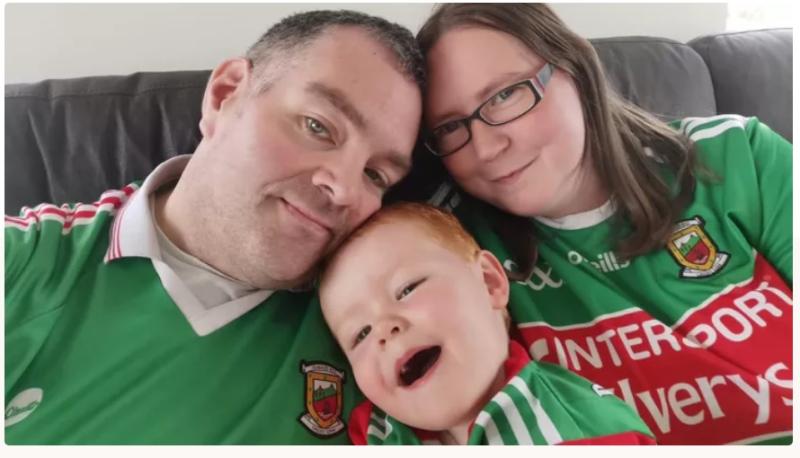 People are being asked to support fundraising GAA matches to support a prison officer who has worked in Portlaoise and other jails but has been struck down by a very rare cancer in recent months.

The Irish Prison Service is backing the fundraising campaign for ACO Kieran Cawley. Married to Marcella and father Caolán. Kieran, aged 42, has served for the past 13 years in Wheatfield, Midlands and Castlerea prisons.

In August 2021, the Mayo native was refereeing a GAA match when he started feeling a pain in his side. He sought medical attention as the pain was not going away. Initial diagnosis pointed at possible gallstones but cause of the problem turned out to be much worse. The pain was being caused by a blood clot in his liver.

After undergoing multiple scans and procedures and enduring several long agonising weeks awaiting results, Kieran was finally diagnosed with a rare form of cancer called cholangio carcinoma. It was a cancer of the bile duct, in an advanced stage. This type of cancer is very rare and affects approximately 140 people in Ireland annually and usually in people over the age of 65.

Treatment options in Ireland appear to be limited, and his family have been looking overseas for help. The options available abroad are very expensive.

A big part of boosting donations to reach the target amount is the upcoming matches at the NUIG Connacht GAA Air Dome in Mayo.

The games take place on Saturday, January 29 with throw in for the first game between the Gardaí and the Mayo club selection at 5.30pm. An Irish Prison Service will line out in the second game against Crossmolina GAA with the throw-in time fixed for 6.30pm.

Kieran’s family, friends and colleagues would be very appreciative of any support that you can give to him at this crucial point in his battle. They also thank those who have donated to date. MORE BELOW PICTURE. 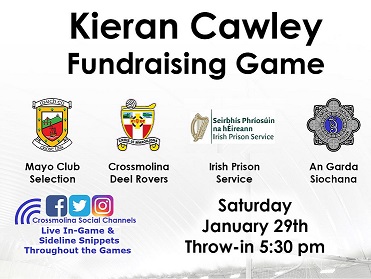 "As a family we’d like to thank everyone for their very generous donations. We are absolutely blown away by the response. Friends, family, neighbours and strangers alike. Humanity really is the best religion. The setting up of this fund was not done lightly.

"In these circumstances, and when faced with such decisions, we struggled not to let pride deter us from reaching out and asking for help. The money raised, the reaching out with help, information and well wishes, has given oxygen to Kieran's fight. The feeling of not being alone in this is of great comfort to Kieran, Marcella, Caolán, and all the Cawley family.

"From the bottom of our hearts we thank you all, and we will never forget what you are doing for us," concludes the family.