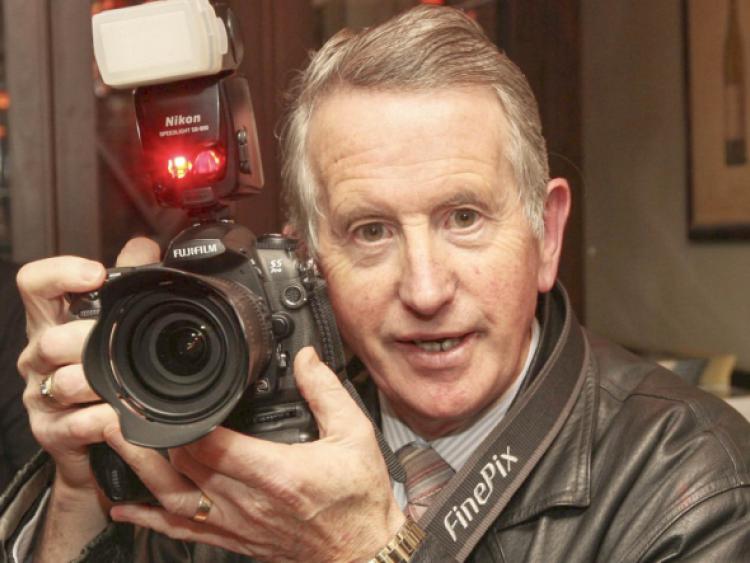 Portlaoise was in mourning this weekend with the passing of the late great photographer Jim Yorke on Saturday last.

Portlaoise was in mourning this weekend with the passing of the late great photographer Jim Yorke on Saturday last.

Jim was one of the best known photographers not only in Portlaoise but throughout the county and had been photographing people and places for over five decades.

Jim worked as a staff photographer with the Leinster Express and was described by colleagues as a genuine, compassionate man who was very committed to his work with the paper.

He was also a photography tutor in Portlaoise for many years and was a huge influence on a number of local photographers, providing mentorship and encouragement.

“Jim Yorke was a hallmark of the Leinster Express for years and was one of the best known photographers in the midlands. He was known for his dedication and professionalism and he was very obliging. He will be sadly missed”, Leinster Express editor Pat Somers said.

Former editor of the Leinster Express John Whelan who worked alongside Jim for many years, also paid tribute.

“Jim was a great photographer and journalist. I learned a great deal from him about the craft of journalism and on dealing with people in a fair and honest way. The value of his photojournalism is yet to be appreciated”.

Originally from Mullingar, Jim lived in Laois for many decades and worked with the Leinster Express since the late 1960s.

Large crowds attended, and a guard of honour was provided by the UN Veterans.