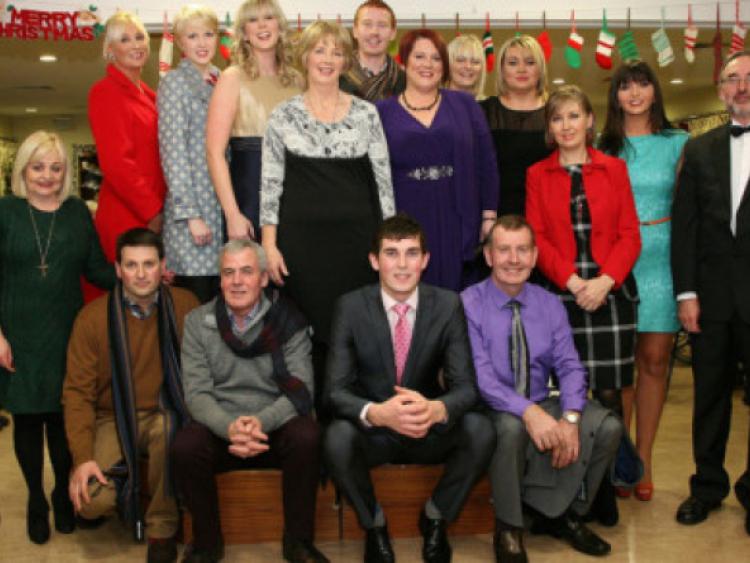 The residents of Oakdale Nursing Home in Portarlington held a fashion Show in the Nursing Home last Friday night and in the process raised €975 for the local branch of St Vincent de Paul.

The residents of Oakdale Nursing Home in Portarlington held a fashion Show in the Nursing Home last Friday night and in the process raised €975 for the local branch of St Vincent de Paul.

It was certainly a novel and hugely successful idea which emanated from the resident’s monthly meeting and with the help of the activities co-ordinator Sinead Gordon a number of local ladies and gents outfitters weighed in behind the event.

The large crowd which attended on the night were surprised to see ten of the residents ‘strut their stuff’ on the catwalk modelling clothes provided by 57 Boutique, Main St Portarlington, Earley’s Fashions in Monasterevin and Eamon Bracken, Menswear. Portarlington Pharmacy & Lyles Footwear set up shop for the evening in Oakdale and the residents were able to do some Christmas shopping in-house.

In addition to the parade of fashion make up and hairdos were provided on the night by Gillian Latham and Wendy from Fitzy Dee’s. The background music was provided by organist Marie Davis from Emo.

Among the models was 93 year old Brigid Lonergan who spent 51 years in America working in the Hotel business where she met ‘all the stars’ including Betty Davis, Danny Kaye and Diana Ross to mention but a few. Brigid is an accomplished accordion player and regularly entertains all in Oakdale with traditional airs.

Speaking after the event Director of Nursing, Valerie Moore said that all the credit for the novel event must go to the residents: “They are a very dynamic bunch, they wanted to do something different and at the same time raise funds for a local charity this Christmas.

“The show was well supported by families and the local community and we had very nice prizes for the draw which raised €975. It was all great fun and the main thing is that the residents really enjoyed the whole event. They are already planning for next year,” said Valerie.