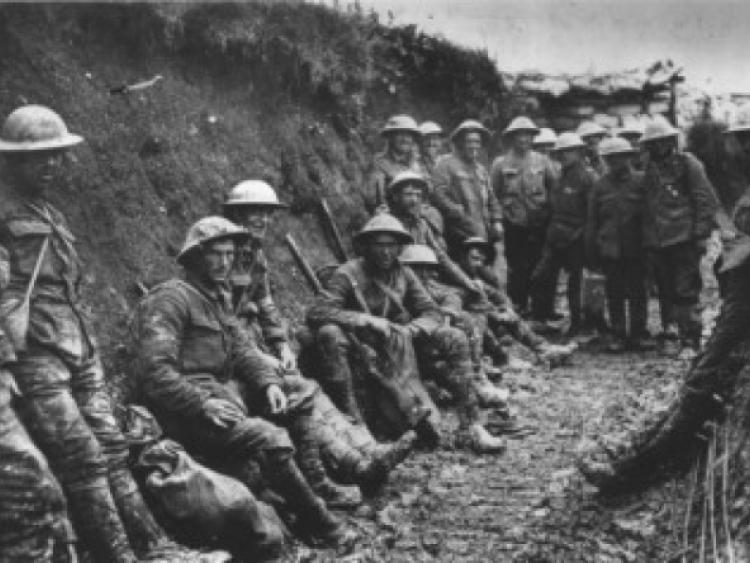 He died 23 years ago. He was 93. His father and brother were also soldiers

In an interview with The Leinster Express, he told of how he had enlisted when he was only 16. He served in Gallipoli and Salonika before going to the Western Front in 1916 and fighting on the Somme.

Tom and six comrades--surrounded by heavy black earth and stinking corpses--were buried alive by shellfire. They were rescued after three suffocating days.

He recalled his time on the Western Front: “You would sink up to your neck in the mud. You daren’t light a fire to boil up some tea. Otherwise a whizzbang (shell) would drop on you.”

On death, he said: “You just never though about it. You just accepted it. You never became friendly with the soldiers you were fighting alongside. It would affect you too much if they were shot.”

On winter in the trenches: “It was so cold you could get frostbite. If you had it, they’d cut off your toes and send you home. Then they came out with a heat rub which was supposed to stop the frostbite. Some lads who wanted to be sent home wouldn’t put it on, so they’d lose their toes. To stop that, an order came down that if you didn’t put the rub on you’d be shot.”

Asked, if given the choice, would he had lived his life any differently, Tom replied: “I would go through it all again.”

After the war, he served in India. He returned home and joined the Irish (Free State) army and fought in the Civil War.