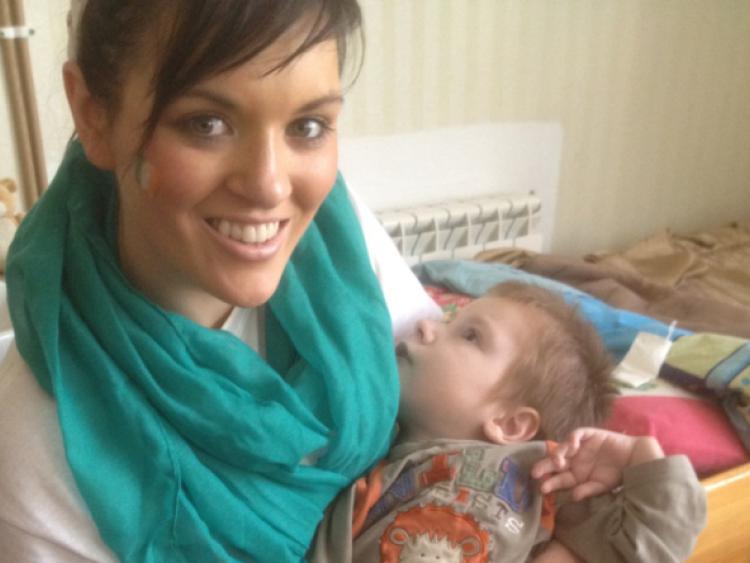 “The sad but very evident case in Chernobyl is that these children are completely unloved and forgotten.”

“The sad but very evident case in Chernobyl is that these children are completely unloved and forgotten.”

The 2013 Laois Rose Sarah Conlon has just returned from a trip to Belarus with Chernobyl Children International, where she visited Vesnova Children’s Mental Asylum.

After much fundraising, Sarah embarked on this journey on February 23 with 15 other roses from around the world, including the 2013 Rose of Tralee Haley O’Sullivan.

The roses spent most of their time in the high dependency units of the asylum, with children who suffered from severe physical and mental disabilities.

“We wanted to show the children some of the love that each of us take for granted daily. We fed, bathed, dressed, changed, walked and spent precious time with them.

“This was the end of the road for some of these children. Any that live beyond 18 will probably be sent to an adult mental asylum. which are often mixed gender and full of convicted criminals. I cannot bare to think of it,” she told the Leinster Express.

These children, who in most cases have been abandoned by their families, receive very little human contact, and the trips by Chernobyl Children International are usually the only affection they receive throughout the year.

Sarah said that life in Belarus cannot be compared to life in Ireland.

“At times I felt like it was not a reality. Things like basic human rights, these children do not have,” she said.

Sarah’s most memorable experience was during a visit to a ‘Home of Hope’, where a local couple fostered children from the asylum. When the translator explained the story of one little girl, no more than 8 years old, she burst into tears.

“She lived a horrific life full of abuse from her parents, and when she first moved in she was terrified of any human touch or affection.

“I gave her my sash to try on, and a hat with bunny ears, which she loved! When we were leaving she tried to give me back the hat. I explained that the hat was for her to keep. She threw her arms around me in the most powerful embrace I have ever felt. At that moment I realised how cruel the world can be,” she said.

Sarah and the rest of the roses were devastated when it was time to part ways with the children.

“We were heartbroken on the morning of our departure.

“My experience as Laois Rose has been phenomenal. The memories I have made, the people I have met and the events I have taken part in I will carry dearly forever.”