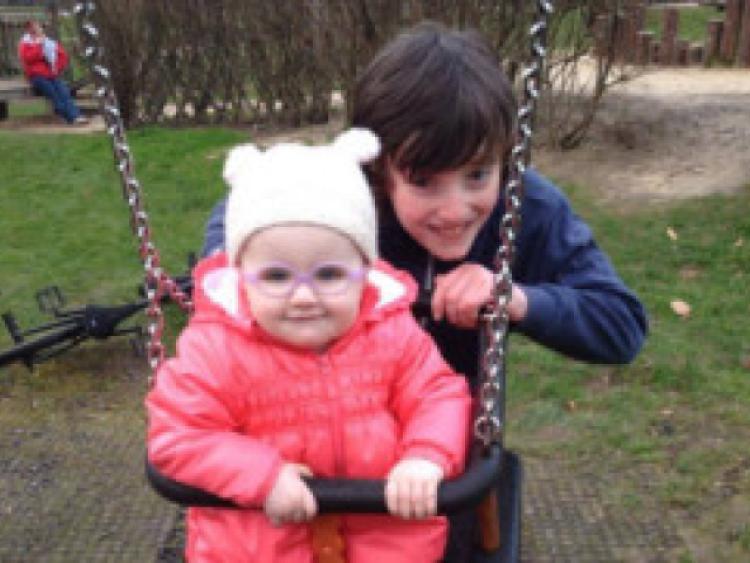 John Daly was speaking about his 16 month old daughter Clodagh, who was diagnosed with neuroblastoma, an aggressive form of cancer, at just 5 weeks old.

Since the start of 2013, John and his wife Tammy, who live in Kilminchy in Portlaoise, have watched their daughter go through chemotherapy, radiotherapay, immunotherapy, stem cell treatment, and surgery to remove a tumour. To their relief, Clodagh was deemed ‘cancer-free’ in 2014 and she finished all treatment in February.

“At the moment she’s doing fantastic! However, there is a very high chance of relapse with neuroblastoma,” John told the Leinster Express.

99% of children with neuroblastoma achieve remission, but 70% of these children will have a relapse. If this were to happen to Clodagh, her chance of survival would be less than 5%.

“We are prepared for the fact that the cancer will more than likely come back, and it will be far more aggressive,” John said.

The Dalys flew to Michigan in the United States with Clodagh on Sunday, where it is hoped that she will receive treatment to prevent a relapse. The programme only accepts high risk cases.

“16 children are on this treatment, called DFMO, for over 12 months now. In normal circumstances they would have expected a minimum of 3 of these children to have relapsed by now, but every single one of them have shown clear scans. So the early signs are positive,” he said.

The Dalys will have to fly to the United States every three months for the next two years for this treatment, which will cost an estimated €200,000.

“We just hope that Clodagh lives. Anything else after that we can deal with,” said John.

See The Clodagh Daly Trust Fund on Facebook for more information. Donations can be made to www.idonate.ie/973_the-clodagh-daly-trust.html