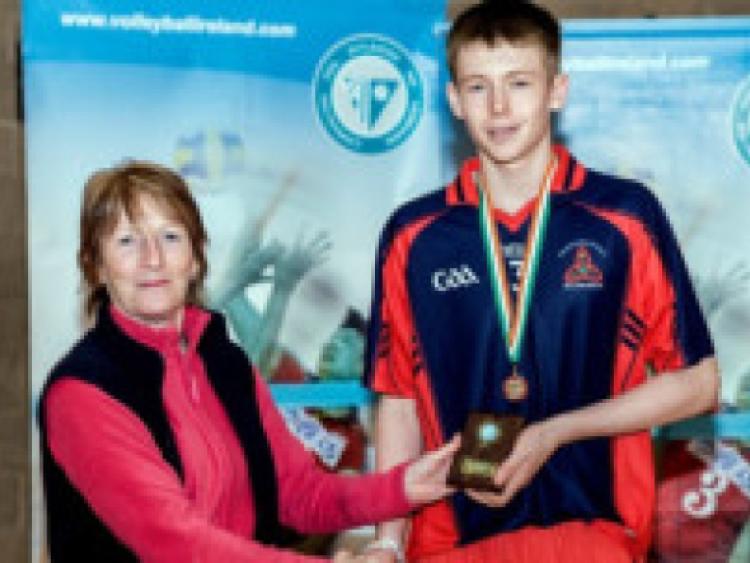 MOUNTRATH Community School was comiserating with its cadette boys volleyball team who were narrowly beaten in the All Ireland shield final recently.

MOUNTRATH Community School was comiserating with its cadette boys volleyball team who were narrowly beaten in the All Ireland shield final recently.

The game was very close but unfortunately Mountrath lost out by a few points. The score was 16–25, 25–19, 25-21. It was a great match and Mountrath fought to the bitter end. Spectators from both schools travelled to support their teams. Many members of the volleyball association were in attendance on the day and Mary Lawlor, former national volleyball coach, commented: “It was a great game with great volleyball skills displayed. Mountrath are a new team in schools volleyball and I am very impressed at the level they played at today”.

All was not lost on the day as team captain Eoin Peters, was selected as ‘most valuable player’ and was presented with a trophy. Eoin has played volleyball for many years and has played at national level. He represented Ireland last year in Scotland in the Junior Men’s Small Nations European Championships. The team included Eoin Peters (captain), Paul Connolly, Dylan Conroy, Ben Masterson, TJ Dowling, James Bennett, Gearoid Kirwan, Ben Quinlan, Mark Ward, Aaron Callaghan, Aaron Dunphy and C Walsh (coach).