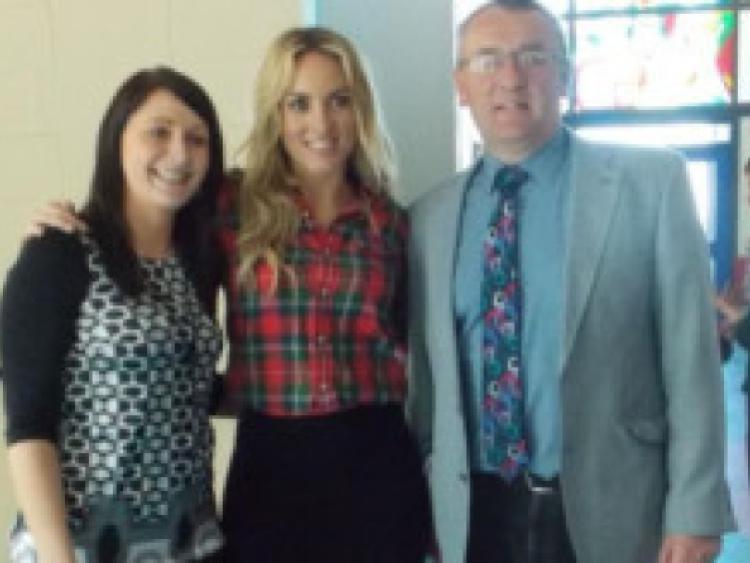 They held bake sales throughout the day and also held a bun decorating competition, cleverly called ‘Operation Decoration’ to hint at the star guest.

Although many students knew a celebrity was coming, no one expected Kathryn Thomas. She surprised many a teacher and student as she walked through the school. She was entertained on the day by music from the school band ‘Lion na Barnaí’ and promising solo act, Darren Hanley. €250 was raised on the day for Temple Street Children’s Hospital.

Now in its fifth year, The Great Irish Bake, supported by EBS, aims to get the nation baking to raise funds for Temple Street Children’s University Hospital. This year the hospital hopes to raise €75,000 which will help contribute to our main project for 2013 which is to renovate one of our oldest and busiest wards, St. Joseph’s Top Flat. This ward, fondly known as ‘Top Flat’, is home to some of Ireland’s sickest children, a high percentage of which are children with Cystic Fibrosis. Cook Donal Skehan has also taken time out of his busy schedule to support Temple Street Children’s Hospital.