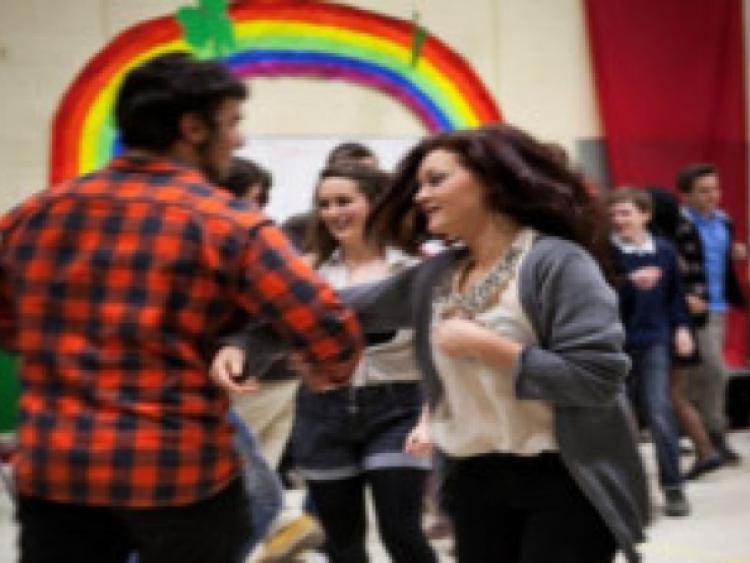 A GROUP of students recently visited St Fergal’s in Rathdowney where they were greeted with Irish hospitality.

A GROUP of students recently visited St Fergal’s in Rathdowney where they were greeted with Irish hospitality.

The trip was described as an outstanding success by organisers. The school enjoys showing the visitors Ireland and Laois and said that they hoped all involved enjoyed their stay.

The exchange would not be possible if the parents of our students could not host the visitors. They look after the students during the week, bring them to school etc and our students are equally well looked after when they return to Salzburg.

This year, as usual, we taught them some Irish dancing with help from Catherine Conroy and Ms Murphy taught them some songs. A highlight of the trip is the annual soccer match, which St Fergal’s won again. They also tried out hurling.

A reception was held for the students and host families on Tuesday April 9. Students from both countries entertained the gathering with songs and all took to the floor for some set dancing and the occasional Siege of Ennis. St Fergal’s students left for Salzburg on April 22.

The student exchange programme between the Borromeaum High school in Salzburg and St Fergal’s College has its foundations in the 1200 year old connection between Aghaboe Abbey and Salzburg.

In 774 St Fergal left Aghaboe and settled in Salzburg, where he is known as St Virgilius, and built a cathedral. In 1974 a group of pilgrims arrived in Aghaboe from Austria, anxious to retrace the footsteps of St Fergal. The connection developed over time. In 2000 Mr Pat Keeshan, began the process which led to the establishing of the exchange programme. The first group of students arrived in St Fergal’s in 2002.