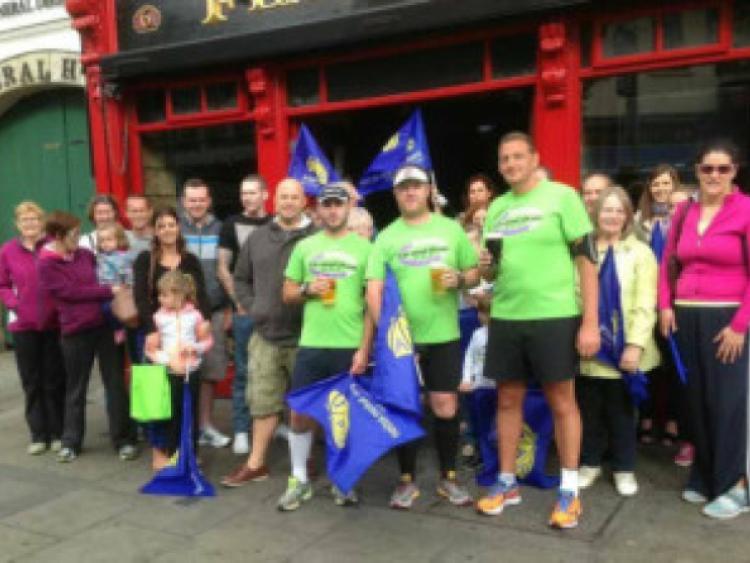 Two amateur sportsmen from Portarlington have completed an epic triathlon covering the whole of the country, all with the goal of helping charities.

Two amateur sportsmen from Portarlington have completed an epic triathlon covering the whole of the country, all with the goal of helping charities.

Wesley Reilly and Mark Neilon, with their friend Richard Harte from Dublin, set themselves what many would consider an impossible challenge, to cover over 900km in 11 days, naming it the ‘Up and Over’ triathlon.

With full time jobs, the three trained hard in their spare time over the past year and at 5am on Thursday, August 22 began with a 7.6km swim in Portlaoise Leisure Centre’s pool, 304 lengths.

They headed off in a camper van, driven by Richard’s dad, to Mizen Head in Cork, and the following morning began a five day cycle up to Malin Head in Donegal, covering 646km.

After a quick drive to Galway, and an overnight rest, they left Oranmore for the final leg, a five day run to Dublin.

“By day five it was just very tough, we stayed together, at times just walking to keep going,” said Wesley.

They were boosted by runners who joined them for a marathon, a half marathon and shorter runs, from Geashill to the Curragh. They arrived to great cheers at Flannerys pub in Dublin, enjoying a well earned pint. So far the challenge has raised over €6,000 which is going to Irish Autism Action and the Irish Cancer Society.

“It surprised me how many people got into it, contacting us with messages of support, it was nearly impossible to read them all, it was mad,” said Wesley. He is proud of their great achievement.

“Not too many people are going to achieve that in a lifetime, it’s brilliant,” he said, thanking their sponsors and all who supported them.