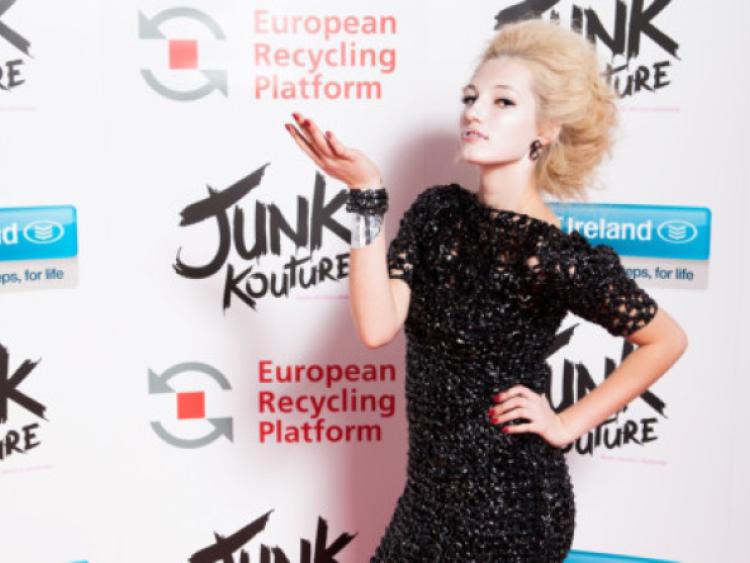 What do Beyonce, One Direction and students from Laois have in common?

What do Beyonce, One Direction and students from Laois have in common?

On May 2 they can all say that they have performed in the 02 Dublin.

Students from Scoil Chroist Ri and Portlaoise College, as well as Abbeyleix native Fiona O’ Connell will take to Ireland’s most prestigious stage to showcase their couture trash creation in the Junk Kouture Grand Final 2014.

The event which was due to be held in the Bord Gais Energy Theatre sold out in a record five hours at the beginning of April leaving thousands of students, parents and teachers disappointed.

Organiser and founder Elizabeth Curran was delighted with the response.

“We were absolutely delighted when the Grand Final sold out in five hours and astounded that there was still such a huge demand for tickets. This is obviously down to the increased participation this year and popularity of the event. We are truly delighted that we will now be showcasing the finest young Irish designers in Ireland’s biggest venue, all of which has been made possible by the support or our sponsor Bank of Ireland”.

All details for the Junk Kouture Grand Final apart from the location will remain the same. Promoters are urging people to purchase tickets as soon as they become available as no more tickets will be released. All tickets that have been purchased for the previous venue will still be valid for the event.

The Junk Kouture Recycled Fashion Competition 2014 which is sponsored by Bank of Ireland and ERP, has showcased jaw-dropping recycled designs from talented secondary school students across the nation since 2009. A whopping 80 finalists will take to the catwalk at the Grand Final this weekend.