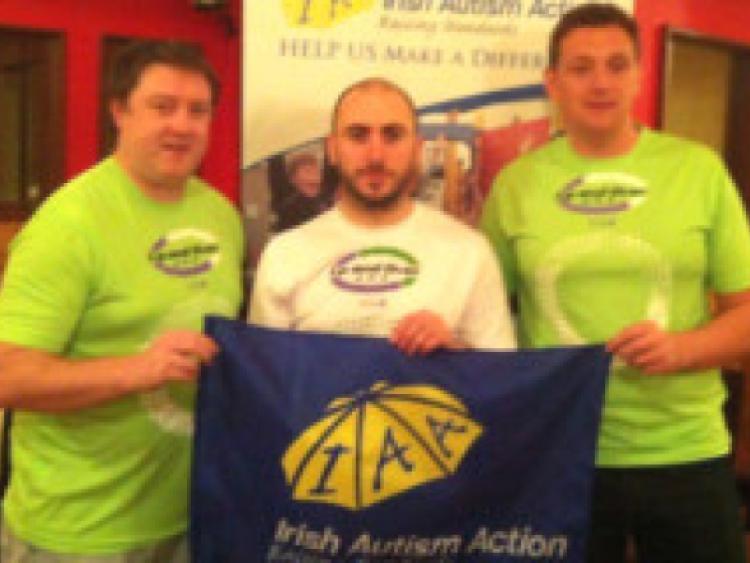 Two Portarlington men are in intense training for a tough 1,000km triathlon to raise cash for the Irish Cancer Society and Irish Autism Action.

Two Portarlington men are in intense training for a tough 1,000km triathlon to raise cash for the Irish Cancer Society and Irish Autism Action.

Wesley Reilly, a seasoned charity runner, with Mark Neilon from Port and Richard Harte from Dublin, will swim, cycle and run their way ‘Up and Over’ Ireland, clocking up over 1,000km in eleven days.

The trio begin with a 7.6km swim in Portlaoise Leisure Centre on August 22. The next day they will start to cycle from Mizen Head in Cork to Malin Head in Donegal, diverting for a 100km loop through Galway city to lead a public charity cycle.

On Sunday August 28 they will set off on a five day run from Oranmore in Galway to Dublin city centre, combining with the public for half and full marathons between Geashill, Ballybrittas and the Curragh.

“So far so good, last week I ran three half marathons. We are all just clocking up big miles running, cycling and swimming,” he said.

To fundraise for their venture, they have organised a fun retro ‘Up&Over School Disco’ in Portarlington Rugby Club this Sunday night June 2, with cheesy tunes, slow sets and game consoles.

“We want people to dress up in school uniform, with prizes for the best dressed,” he said.

Wesley is hoping they can borrow a campervan to get between stages, to keep costs down to a minimum.

Earlier this year they raised €1200 with a race night in Portarlington. They have also received donations from local businesses and secured sponsors, and are seeking big public support.