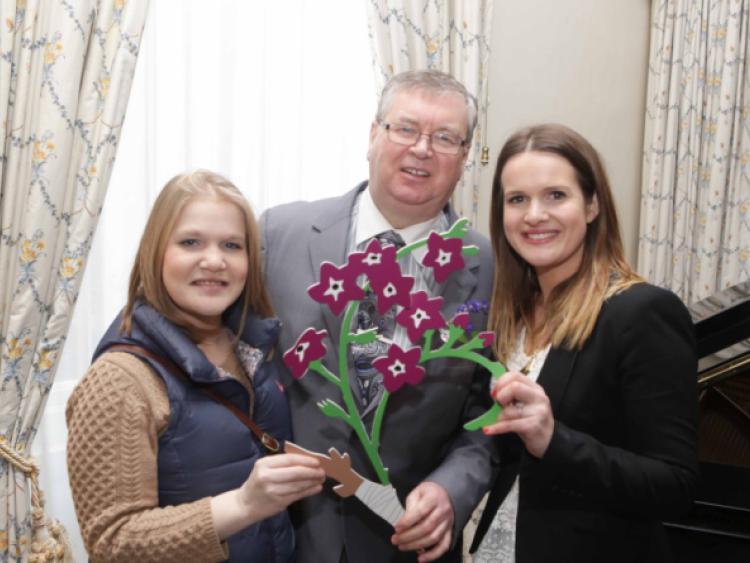 Laois woman and bride to be Melissa Honner donated a kidney to her sister recently, and the transplant operations took place on Tuesday October 1 at Dublin’s Beaumont Hospital.

Laois woman and bride to be Melissa Honner donated a kidney to her sister recently, and the transplant operations took place on Tuesday October 1 at Dublin’s Beaumont Hospital.

The two sisters who come from a family of seven siblings have now returned to their home in Pike of Rushall and now look forward to a bright future and planning a wedding.

Kidney donor Melissa (29), a national school teacher, who will marry next July explained her decision to donate.

“It was a no brainer that I should help my sister who was struggling with dialysis for four years after two previous transplants failed. Four of my family were screened for living donation and after I returned home from New York in January this year where I got engaged to my fiancé Brian, I was greeted with the welcome news that I was a perfect match for Alison”.

As soon as they were given the date for the operation, Melissa and Brian booked their wedding for July 25 next year.

“I consider myself very fortunate to have been able to donate a kidney to Alison as for some families living donation might not be an option and they are reliant on the goodwill of the general public to donate. Organ donation is so important and it can make such a difference to all those people who have organ failure and are hoping for a lifeline. I hope the general public support European Day for Organ Donation by having a discussion with their loved ones about organ donation and letting their wishes to donate be known in case they have an untimely death.”

Alison (27) a media student, was thrilled.

“What Melissa has done for me is just amazing and I am overwhelmed. Within three days of the transplant I could feel that I had so much more energy and no longer feel the tiredness which drained me. I’ve got the colour back in my cheeks. I’m still a little sore but I feel great and Melissa is recovering well also. The operation has been a great success and as Melissa was a perfect match, the prospect of my new kidney lasting for longer is much greater”.

She said that she will always be grateful to the families of the deceased donors for her previous two kidney transplants which gave her a better quality of life when she was younger.

“Unfortunately my previous transplant failed four years ago and I had been receiving dialysis since then. For the first three years I was receiving nightly dialysis at home for ten hours at a time and for the past year I have been travelling to Dublin three times a week for haemodialysis treatment. Now that Melissa has given me my life back I can look forward to the future and being her bridesmaid on her special day! I would encourage people to carry an organ donor card and be aware of the immense difference a transplant can make to all those people with organ failure who are hoping to receive the gift of life from a stranger”.

Alison, who received her living donor kidney transplant last week, took part as a dialysis patient in the European Transplant and Dialysis Games last year when they were held in Zagreb, Croatia.

At the Games closing ceremony she was announced “Best Female Athlete on Dialysis” for demonstrating great spirit and determination at the Games where she secured three medals.

Alison and Melissa’s living donor kidney transplant was one of 24 to take place this year at Dublin’s Beaumont Hospital.