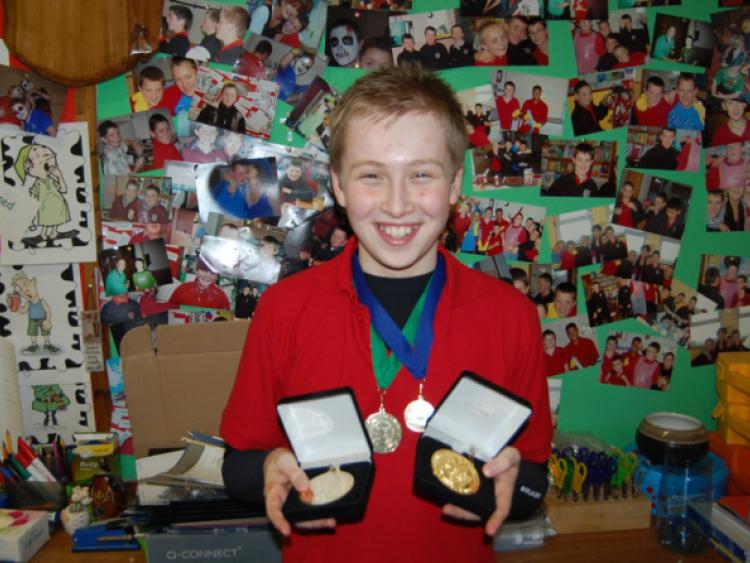 The sixth class pupil came first in both freestyle and butterfly in the competition.

For four consecutive years Sean has won in both the Leinster and the Irish Schools Swimming Championships.

Sean’s swimming career began at a young age. He started taking swimming lessons for fun at the age of three, and he began swimming competitively when he was just seven years old.

Sean is sporty and loves school.

“I like school. I have lots of friends in St Pauls and I look forward to going to the CBS next year,” he said.

“Our ethos is to do the best you can do, and Sean certainly does that”, said Principal Des Sutton.

Sean trains very diligently. He gets up at 4am on Tuesdays, Wednesdays, Saturdays and Sundays.

Sean was excited and a little nervous about the competition, but he performed excellently and everybody was delighted when he came first.

Sean is competing in the Ulster Age Group Championship in Banger, Co Down on the March 28, 29 and 30.

He has also qualified for the British Age Groups in Sheffield in July, where swimmers from all around the world compete.

St Pauls NS are so proud of Sean and know he will represent his school very well.