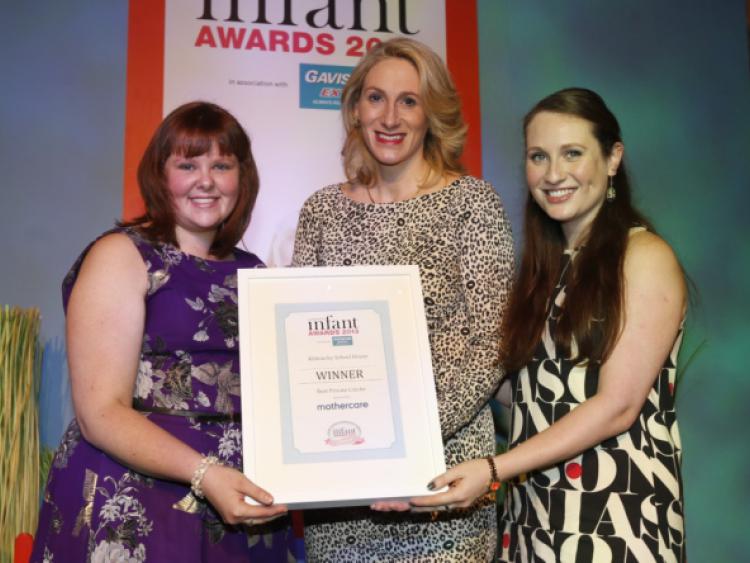 There were big celebrations for Portlaoise creche, Kilminchy School House when they scooped the Private Creche of the Year award at the recent Maternity and Infant Awards, which were held in the Four Seasons Hotel.

There were big celebrations for Portlaoise creche, Kilminchy School House when they scooped the Private Creche of the Year award at the recent Maternity and Infant Awards, which were held in the Four Seasons Hotel.

The award was a shock for owner, Sonya Duggan, who had considered not even entering the national awards competition.

“I really wasn’t expecting to be told that we were down to the final four and I even considered not going any further because there was a lot of paperwork to fill out and it was at a very busy time for us.”

Sonya continues: “Detailed submissions and portfolios were sent in regarding every facet of the school. Independent Health and Safety Specialisits and Early Childcare Specialists CanavanBryne and Safe Hands, conducted two full site evaluations as part of the adjudication process, in addition to a mystery parent viewing.”

“After that we just had to wait. The awards ceremony was a great opportunity to meet people and network, but we still didn’t know what to expect.”

Sonya attended the awards with her assistant manager, Linda McKay.

“It was a very enjoyable day, and we were delighted to win. It’s a great acknowledgement of the staff and I for all the hardwork we have put in over the year.

“Something like this raises morale and keeps us on track and makes us want to improve ourselves all the time,” Sonya added.

In announcing the winner, hosts Cybill Mulcahy and Martin King said the team at Kilminchy School House “recognise each child’s uniqueness, and who support the child’s holistic development.

“Warm, caring and trustful relationships between the staff team and the children are evident. Attention to detail is of high standard and it is no surprise that they are today’s winner.”