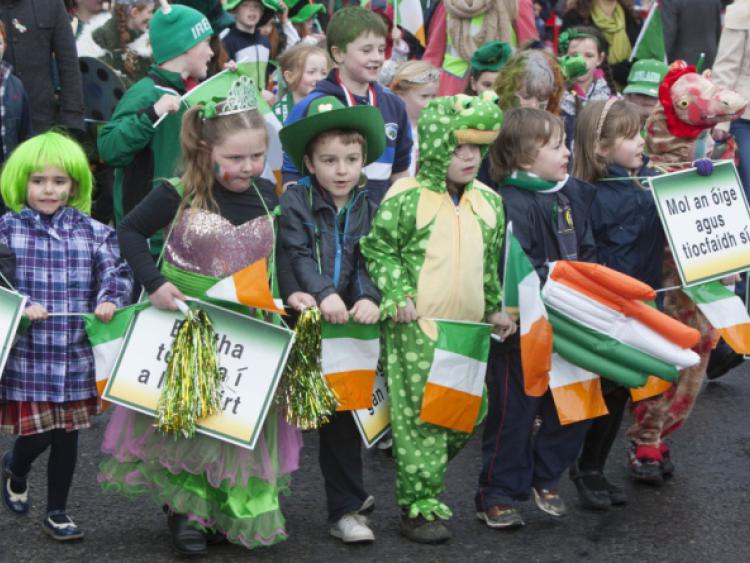 There will be big changes to this year’s St Patrick’s Day parade in Portlaoise, including a new starting time and a different route.

There will be big changes to this year’s St Patrick’s Day parade in Portlaoise, including a new starting time and a different route.

It is hoped that the changes will draw the crowds to the town for the annual event, and help bring the community together.

The parade will now begin at 12.30pm instead of 2pm, and will begin directly after the Portlaoise Athletic Club’s street race.

It will also follow a much shorter route, beginning at County Hall this year, heading down towards Supermacs and going around the roundabout to come back up to Market Square and then down Main Street.

The Athletic Club will begin their races at 11.30pm and it is hoped that people will stay out on the day to see the parade, and the street entertainment afterwards.

As ever this year’s parade is in bad need of financial assistance, and the organising committee are appealing to all local businesses in the town to give something towards it.

Committee member Jack Nolan told the Leinster Express that the parade is definitely at risk if it doesn’t receive the support it needs this year.

“The future of the Portlaoise St Patrick’s Day parade depends on the success of this year. The committee is there 10 years and there is only so long they can last. It is a huge commitment and they are doing it for the love of it,” said Mr Nolan.

He said that the committee always welcomes new members as well as businesses to come forward and donate.

“Thousands of people visit the town on the day and the publicans, restaurants and fast food outlets are always full. We hope businesses will come forward to us,” he said.

Laois County Council has given the green light to the new route.