Laois farmer raises over €11,000 for Down Syndrome including birthday gifts 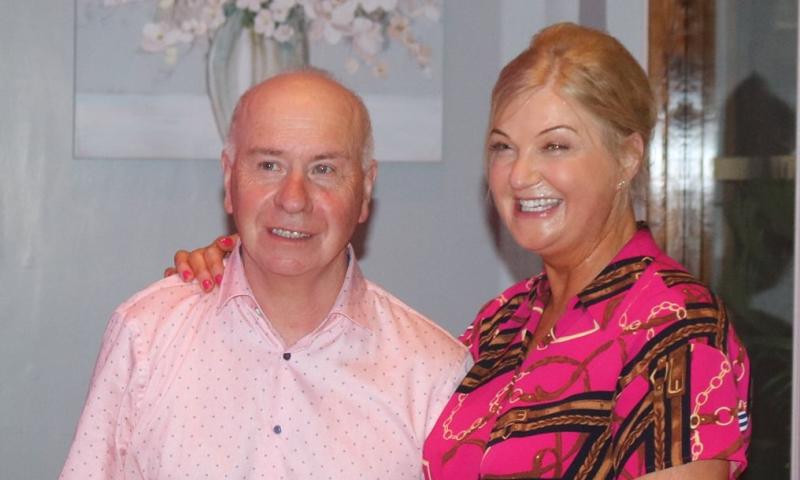 Paul Ryan with partner Ellie at his 60th birthday

A kind hearted Laois farmer has raised over €11,000 for the Laois branch of Down Syndrome Ireland, including generously donating his 60th birthday gifts.

Paul Ryan from Camross had already raised €10,000 last year by selling a bullock he reared, at the mart in Roscrea.

It was towards building the planned 'field of dreams' training centre for Laois people with Down Syndrome, levelling the playing field so they can get properly paid jobs.

He decided to keep going for his big birthday on April 15, celebrated with family and friends in Mountrath Golf Club. 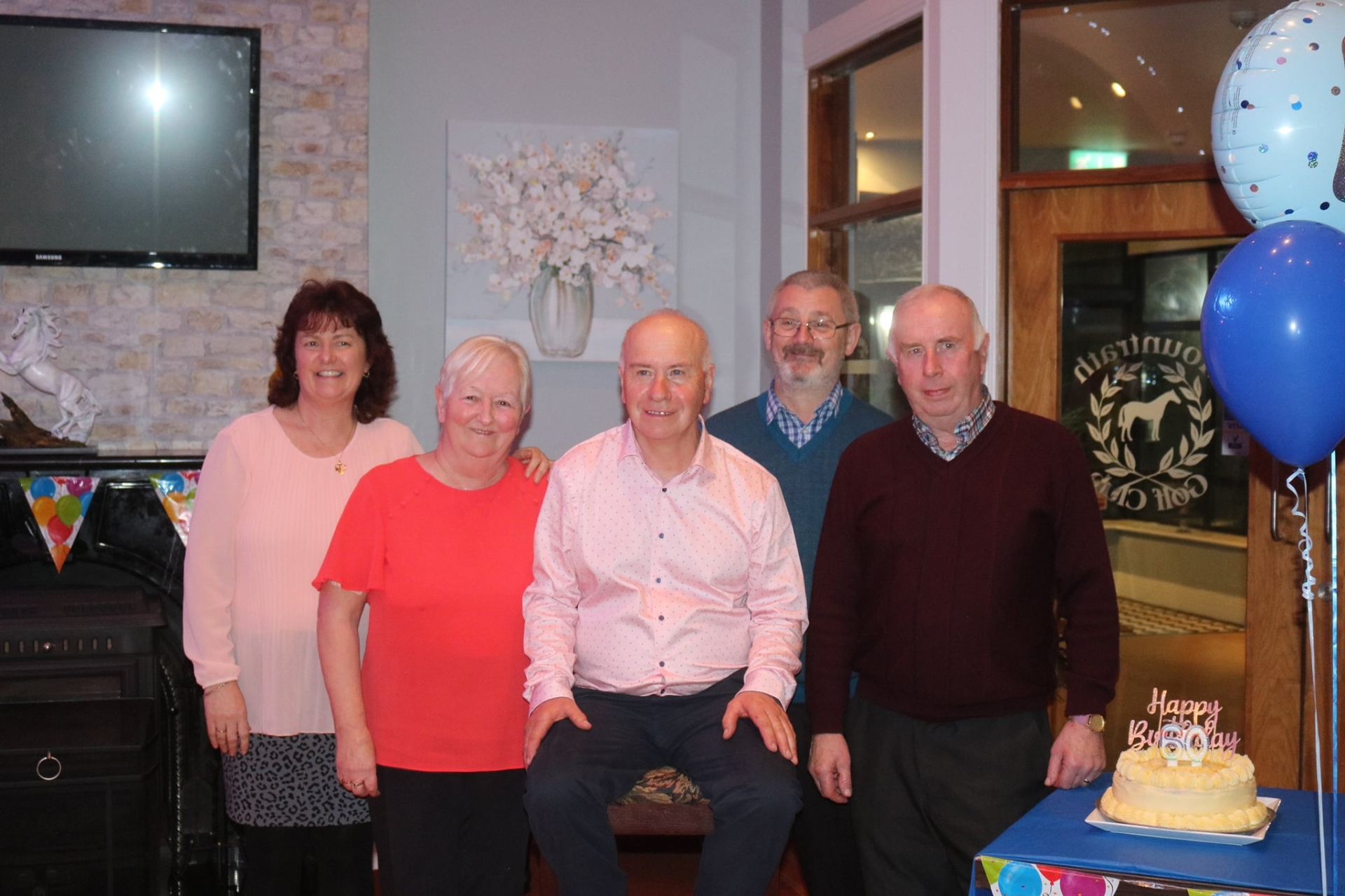 Paul asked for donations to the Laois Down Syndrome "Field of Dreams" Employment Training Centre of Excellence in Abbeyleix, in lieu of presents.

He managed to raise another €1,000 which he formally presented to the Down Syndrome branch members at the golf club, ensuring the member enjoyed refreshments to boot.

Below: Paul presents the cheque to Eoghan Gorman and Shane Greene, Laois branch of Down Syndrome Ireland. 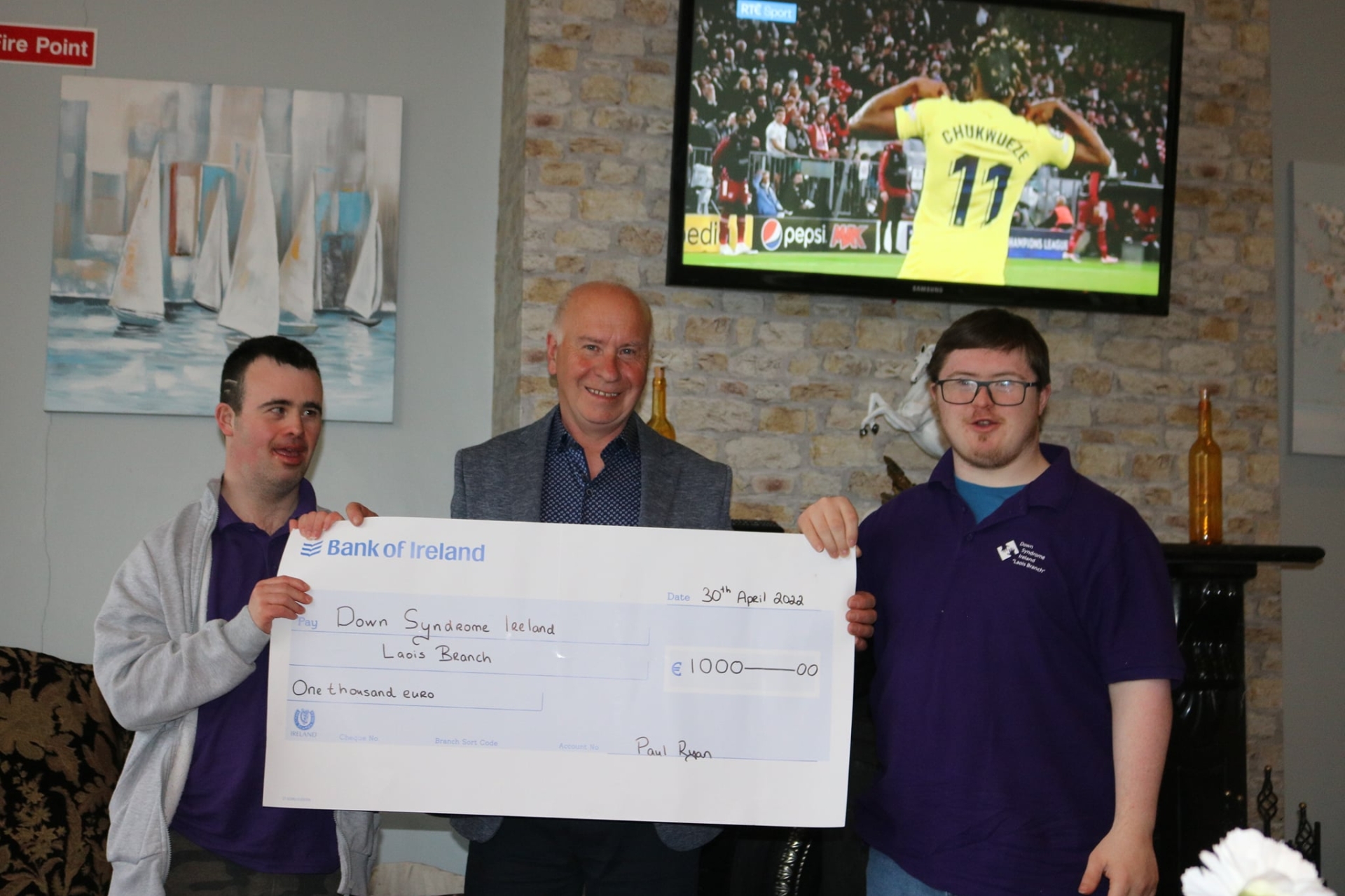 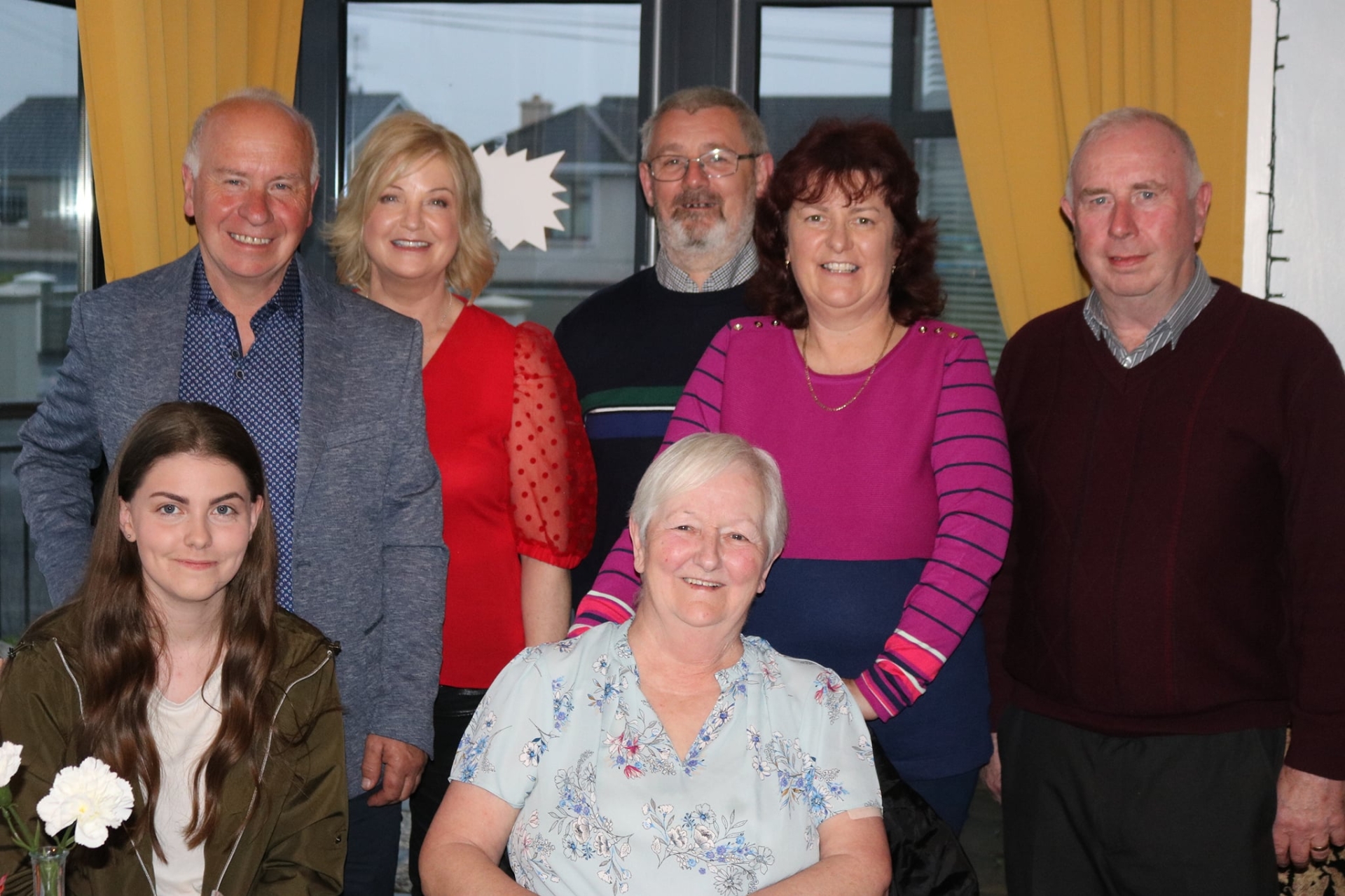 "It is a trememdous amount for one individual to raise. We hope that other people will look at this and so something similar. People with Down Syndrome deserve the same opportunities that the rest of us take for granted," he said.

The charity recently signed a lease for the Field of Dreams project on a site in Abbeyleix. It is hoped that with ongoing fundraising, they will install temporary training rooms and an office there within 12 months.

The aim is to train adults with Down Syndrome so Laois employers will take them on, be it in full or part-time paid roles. It would give huge independence and confidence to members, but Michael said there is an upside for employers too.

"Anyone with Down Syndrome employees has seen productivity rise, sick days reduce and a general happiness around the workplace because of the type of atmosphere it brings, so there is a real dividend for everyone," he said.