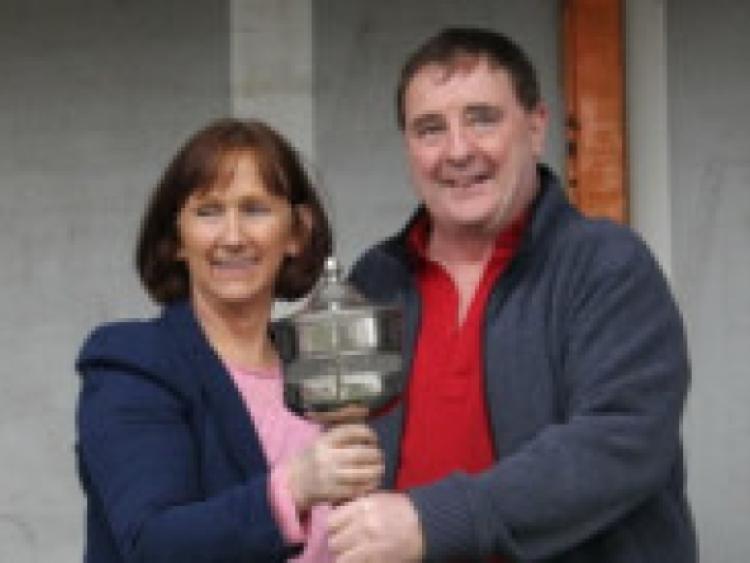 The Durrow native joined the force in 1968, and he was promoted to Station Officer in 1986, where he was in charge of running the station and training the officers.

“I started going to fires with the Civil Defence in 1966, and in 1968 I was taken on officially as a fireman,” he told the Leinster Express.

Gay was the driving force behind Durrow Fire Brigade’s success in the All-Ireland pump drill competitions. The brigade won it four times.

“We trained fierce hard, up to four times a week, but there was also a great social side to the competition.

“For such a small brigade it was a massive acheivement, and we took great satisfaction from that,” he said.

In addition to his years as Station Officer, Gay has been a fire service instructor for many years, instructing courses all over the country.

Gay has gained many memorable experiences with Durrow Fire Brigade throughout the years, both good and bad.

“It was hard at times, especially when I knew the people in a fire or an accident.

“Some of the biggest fires I’ve put out were in big country houses, like De Vesci’s in Abbeyleix and Grantstown Manor in Ballacolla.

“The longest fire was at a dump in Kildare, and it lasted three weeks. Brigades came from all over Kildare, Laois, Offaly and Dublin and we were all on 12 hour shifts. It cost millions to put out,” he said.

Gay used his time in the service to help raise funds for the Durrow Senior Citizens.

“Every year we pushed a pump from Portarlington to Cullahill, a distance of 40 miles, to raise funds for the Senior Citizen’s annual party,” he said.

“It’s been a real love affair with me, my time as a fireman, and it was just great to be able to help people,” he said.

And finally, the ultimate question for Ireland’s longest serving fireman, has he ever rescued a cat?

“I have on a few occasions actually! But we’re not allowed to anymore with the cutbacks!” he joked.