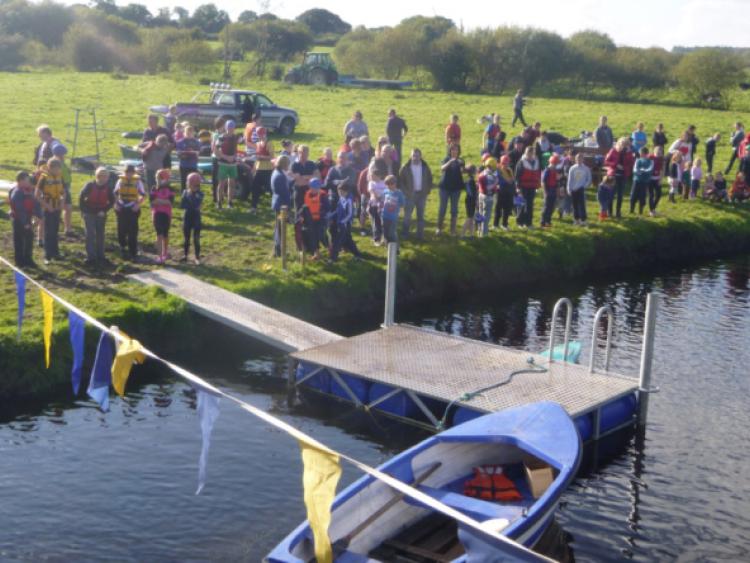 One of the most active leisure groups in Laois now has a new facility for its growing group of members.

One of the most active leisure groups in Laois now has a new facility for its growing group of members.

The official launch was performed by Valery Case of Laois Water Safety.The new floating pontoon, which will be of hugh value to all river users in the area, was part funded by IPB and erected by Oldtown Construction. Oldtown Construction also sponsored the new changing room.

“The pontoon has been in place for almost two months now and it’s a huge benefit to the members. It makes it a lot easier to get in and out of the water,” said Michael G Phelan.

The pontoon cost just over €3,000 to construct, but the club were aided by a grant from the IPB. The rest of the money was fundraised.

The Woodenbridge Paddlers has gone from strength to strength over the last few years and have around 40 members at present.

“Last year was a big year for us and, for the first time ever, we had to split it into two groups.

“We have kids from 9-13 years on a Thursday night and 13 years plus on a Saturday.

“With so many young people coming, the older members are probably missing out a bit, but it’s great to see it.”

The club prides themselves on not having to charge.

“Once we have the canoes, paddles and lifejackets, the river is free. As long as we can cover the insurance, where would the charge be.”

The launch was attended by over 200 people and attracted the interest of Irish TV. A piece on the launch will air on sky channel 191 in the coming weeks.