Africa Day Laois took place on the grounds of Portlaoise Leisure Centre last Saturday, May 28 on what was a glorious sunny day.

The large crowd were treated to musical performances as well as drama, storytelling and dance. Photographer Michael Scully was there and you can see his pictures if you tap NEXT. MORE ON THE DAY BELOW PICTURE. 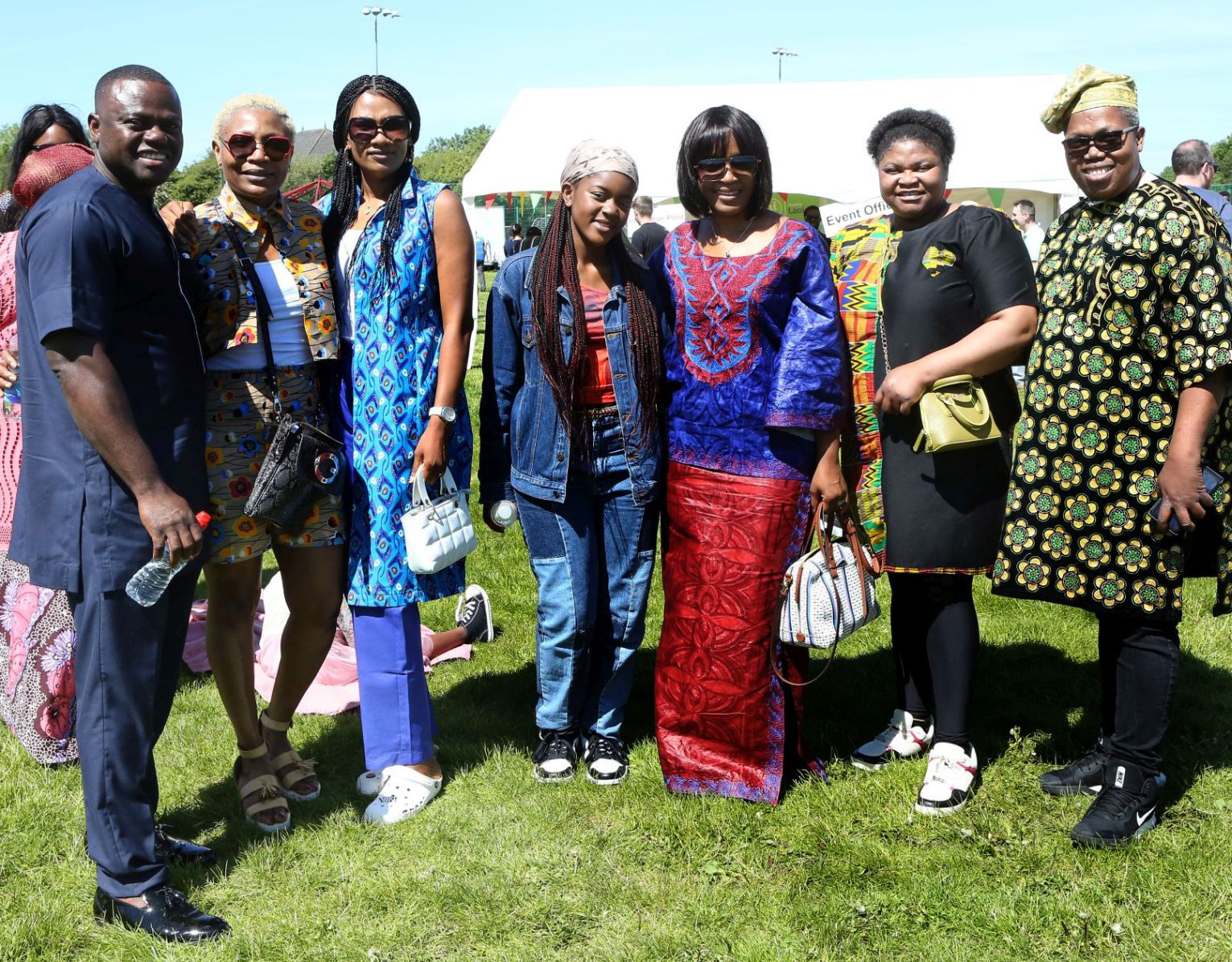 On the grass there were stalls showcasing the very best of African Culture, fashion and Art & Craft, with the fashion for both men and women being showcased on stage in a very colourful Fashion Show.

Portarlington and Portlaoise Rugby Clubs were also there as were Laois GAA to showcase skills to young and old on the day. The African food tasting went down a treat as did the Funfair which was busy throughout the day. Laois Archery were there and coached the many visitors to their area, including the Polish ambassador, who was a keen shot.

Cllr Yemi Adenuga, from Meath County Council, the first elected black female representative elected in Ireland and also star of Gogglebox, also attended the event and spoke and had the best walk-on of the day.

On the Astro Turf pitch, Laois Gardai played a team of Laois Africa and other nations. This was as competitive as any premier league game, but played in the great spirit of the day. Laois Africa won out on the day.

Chairman of Laois Africa Support Group, Bolaji Adeyangu gave a great speech to the crowd focusing on the theme of inclusion and being better together.  The event was stewarded excellently by Volunteer Laois and medical aid was provided by the great team of Portlaoise Order of Malta.

The successful event was made possible by the collaboration of many groups and organisations who helped out on the day. Waste company Ray Whelan Ltd sponsored waste & recycling bins on the day and Glenpatrick water coolers supplied water to the event.