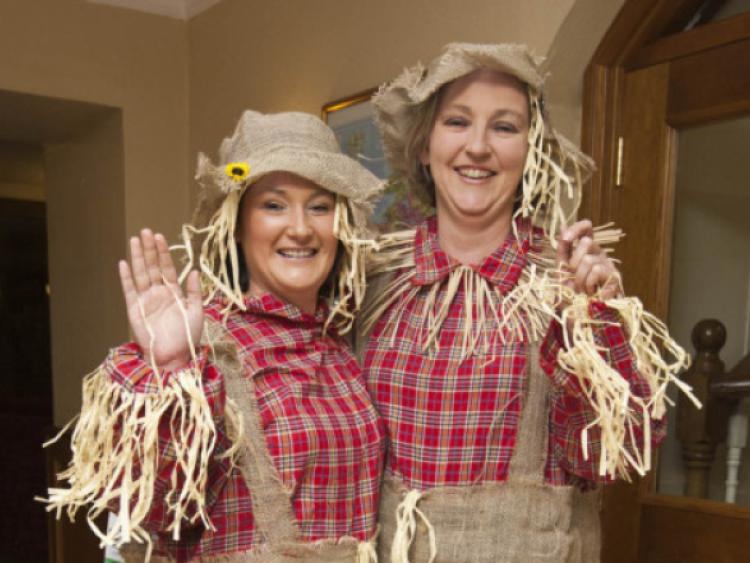 The CROWS of Durrow will be on high alert as the Durrow Scarecrow Festival has been given the green light by the Durrow Development Forum. Secretary Marian Mahony told the Leinster Express that the forum are delighted to be able to go ahead with the festival.

The CROWS of Durrow will be on high alert as the Durrow Scarecrow Festival has been given the green light by the Durrow Development Forum. Secretary Marian Mahony told the Leinster Express that the forum are delighted to be able to go ahead with the festival.

“We are delighted to announce that with the support of local businesses, Laois Partnership and Laois Tourism, we are in a position to hold the festival again this year from July 28 to August 5. Although we haven’t quite reached the business sponsorship target we are confident that we will in the coming weeks. We are so excited about this year’s festival and are going to make sure it’s the best yet”, she enthused.

Marian also thanked all the local businesses who have pledged thier supprt so far, especially the gold sponsors Bobs Bar, Castle Durrow and Ryans Daybreak.

Having brought 13,000 people to Durrow for the last three years, the festival is very much one of national acclaim having been nominated for Best Festival 2012 in the Irish Times Ticket Awards. For the second year running, the proceeds from the festival will go towards meeting the community’s share of the cost of the regeneration of the square.

Marian acknowledged the challenges ahead in the absence of funding for the festival.

“Our ineligibility for general funding for this year’s festival is a huge blow to us, but Laois Partnership are continuing to support us in every way they can. Laois Tourism are also providing us with additional funding this year for which we are very grateful. The pressure is now on DDF to raise income from the festival and reduce expenses significantly to meet our fundraising target of €19,000. We have learnt greatly from our experiences good and bad over the past few years and we believe that with a complete overhaul particularly of the festival costs (€39,000 in 2012), we can reach our goal”.

Marian said that the biggest challenge for the forum will be to source craftspeople and entertainers who will give their time voluntarily or at a significantly reduced rate to assist their fundraising effort.

Details of the festival will be available on www.durrow.ie and www.facebook.com/durrowscarecrowfestival in the coming weeks. For more info, people can contact Marian on 086 8390266 or email scarecrow@durrow.ie.

COVID-19 UPDATE: 12 new cases in Laois as face coverings set to be mandatory

‘I understand frustration and disappointment, but it was vital to act’ Health Minister Stephen Donnelly