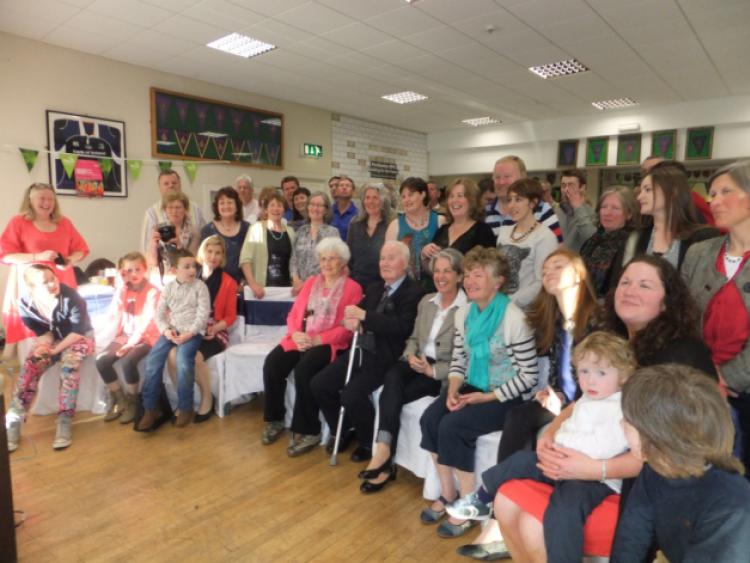 There is definitely life in Meaghers, as proven by the large family who gathered for a night of music and fun in Portlaoise Rugby Club recently.

There is definitely life in Meaghers, as proven by the large family who gathered for a night of music and fun in Portlaoise Rugby Club recently.

After months of planning, researching and phone calls to descendents of the late William and Mary Frances Meagher, more than 70 relatives travelled to the event, organised by Bill and Marie Ryan, Paddy Ryan and Rosaleen Hayden (nee Ryan).

“It was a great evening of meeting, greeting and reminiscence for relatives from all corners of the globe,” said Mary Cotter, sister of Rosaleen.

William and Mary Frances hailed from Templemore, Tipperary, but after the death of William, Mary Francis moved to Castletown and lived there until her death in the early 1970s.

Her son Gerald lived with her, and they they were visited regularly by her six daughters, son Philip and their families. While some settled locally in Portlaoise, Mountmellick, Castletown and Knockaroo, many headed further afield.

Bernadette Witham (great grand daughter of William and Frances) came to represent her family who are based in Australia.

The English contingent included the Delaney family from Salisbury. Relatives came too from the four corners of Ireland including members of the Kenny branch of the family headed by Geraldine Kenny (nee Meagher) and her husband Peter who made the journey from Ballyshannon, Donegal.