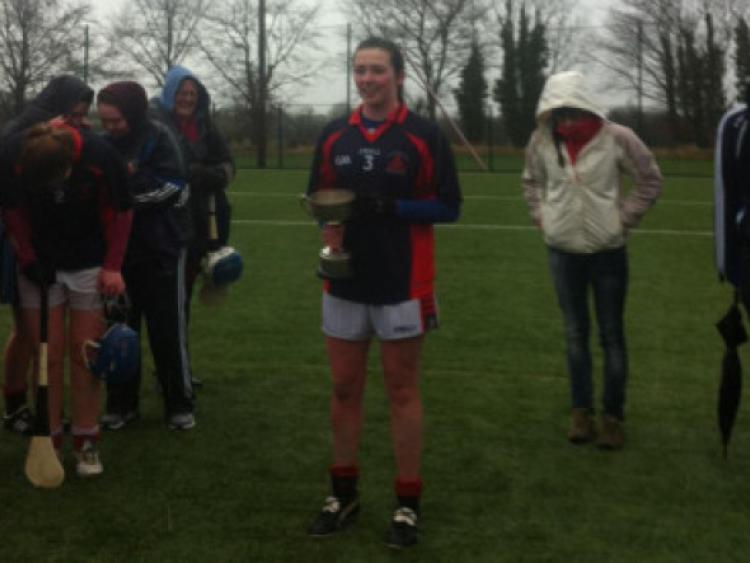 Mountrath Community School were winners of the Leinster Junior C camógie final on February 1, defeating Banagher College in what was described as an ‘exceptional performance’.

Mountrath Community School were winners of the Leinster Junior C camógie final on February 1, defeating Banagher College in what was described as an ‘exceptional performance’.

From the throw in, a determined Mountrath side proved strong and were fully aware of the effort they had to put in if this title was going to be theirs.

Mid-way through the first half, Donnagh Mortimer blasted a goal into the Banagher net and this set the tone for the game.

Two points followed, one from Aimee Collier and another from Linda Keyes, who proved too strong for the Banagher side.

It took Banagher a while to get a score but five minutes from half time they came back into the game and were winning possession.

The Mountrath backs Aoife McNeill, Ciara Cuddy and Katie Redding were always on guard and didn’t let much past.

Odile Fitzpatrick was quick to win possession again for Mountrath in the second half. Then Lauren Burke rattled the net once more, followed by a point from Odile Fitzpatrick.

The final score was Mountrath 2-4 Banagher 0-4. Mountrath proceed to the All Ireland semi-final on Feb 23.