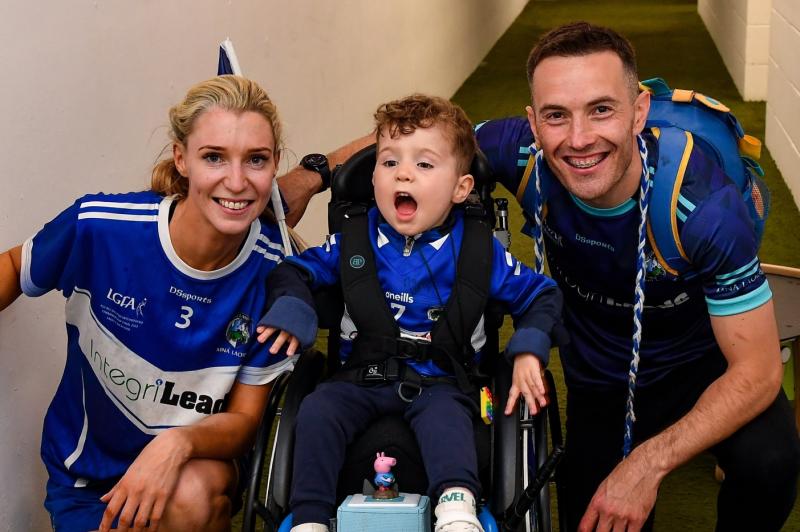 Laois footballer Aisling Donoher celebrated with her husband Niall Donoher and their son Dan after victory in the TG4 Championship Final over Wexford in Dublin.

Aisling was the Player of the Match. The Timahoe woman played a key role in Mo Nerney's goal and was at the heart of many clearances in the second half until she was sinbinned late on. MORE BELOW PICTURE. 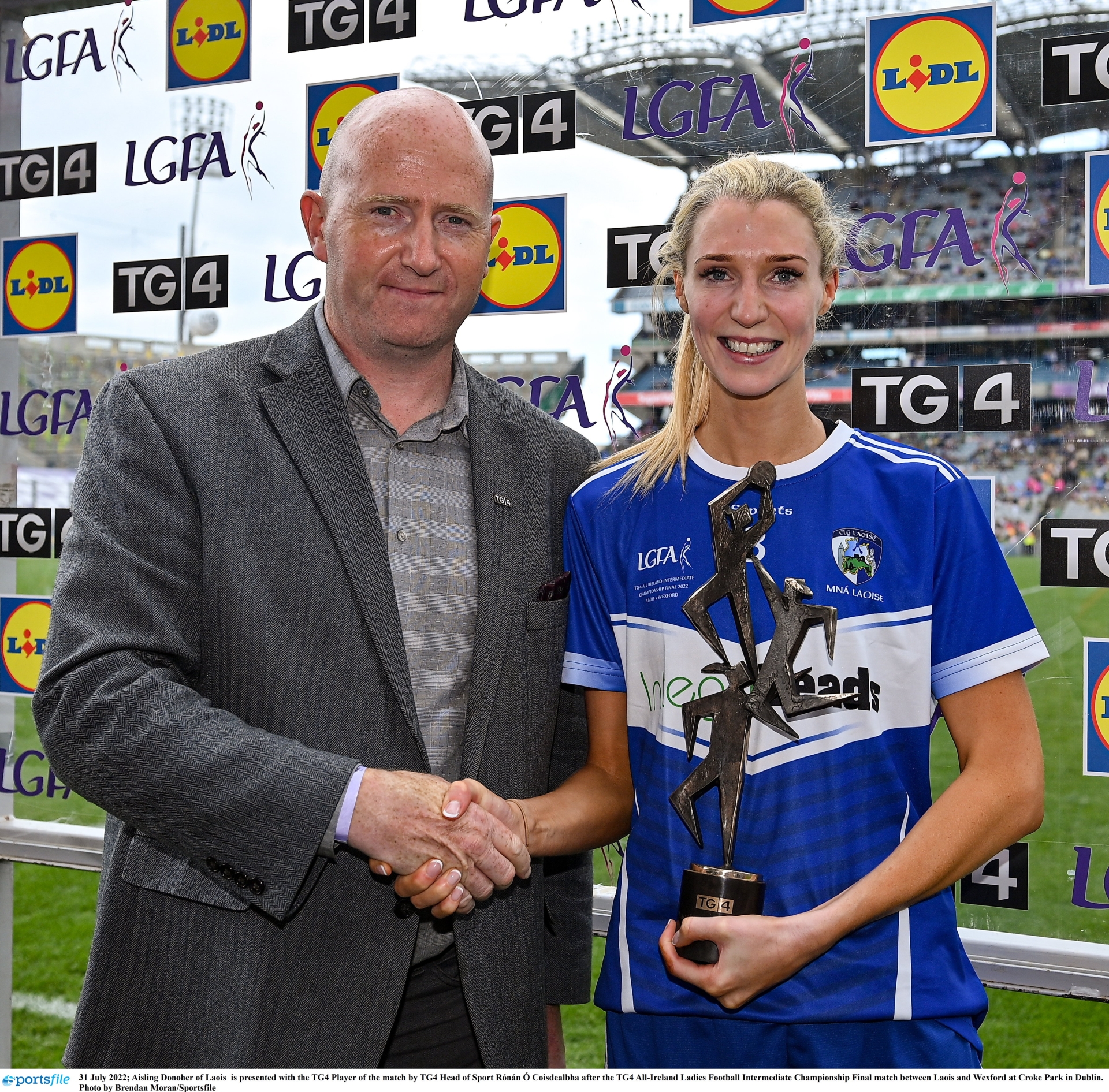 Photographer Piaras Ó Mídheach of Sportsfile was the man who captured a lovely family picture of Aisling who was chosen as the Player of the Match following the game.

Aisling, who returned to the blue and white after two years out, rushed to her mother and family in the Hogan Stand after the game and gave her the Player of the Match trophy. She also got to hold her daughter Sophie on the hallowed turf of Croke Park which was also caught on camera. MORE BELOW PICTURE. 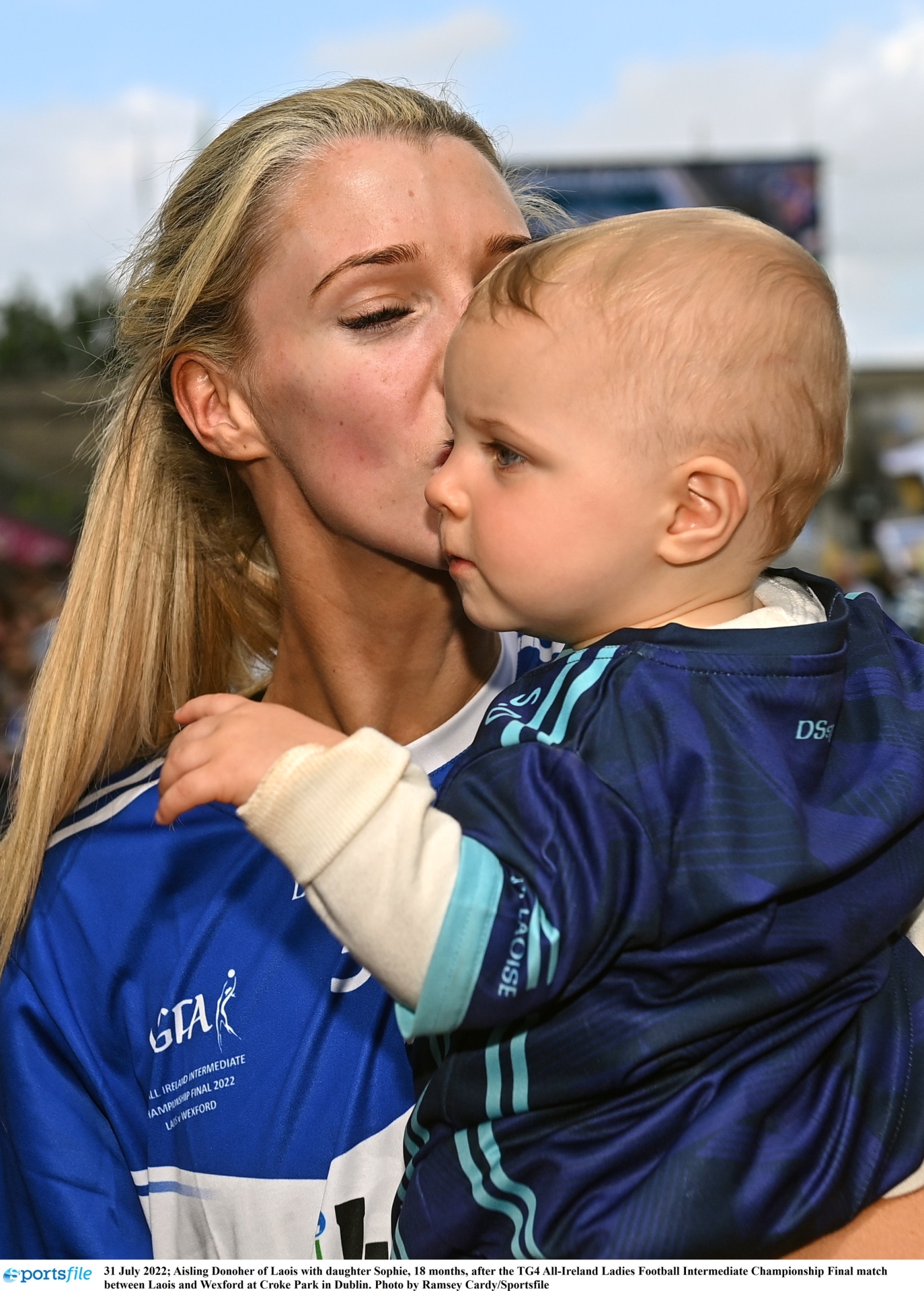 Before heading back to the dressing room she met up with her husband Niall who was with Dan in the Cusack Stand. She also managed to get Dan into a team picture. MORE BELOW PICTURE. 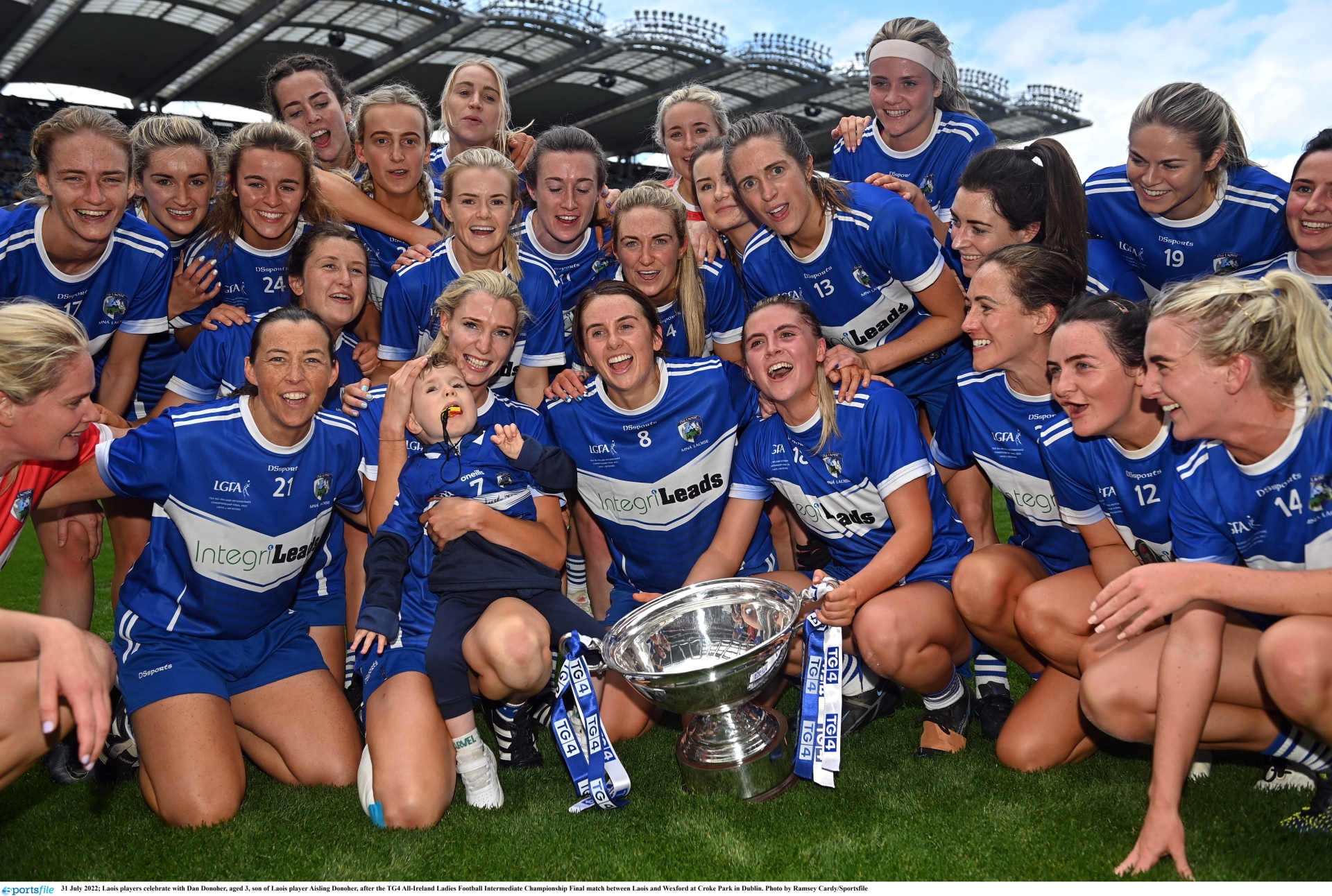 Aisling and Niall, himself a former Laois intercounty player, were at the forefront of a national and international campaign for Dan during the Covid-19 which saw more than €1 million euro raised for medical care for Dan who suffers from a life-ending condition.

An emotional Aisling was speechless on being presented with the Player of the Match award. She also spoke afterwards about being at Dan's Garda little blue hero's graduation with other Laois players on the day before the game.

‘I was definitely doing it for Dan!’

Aisling Donoher capped a remarkable return to playing @LadiesFootball by winning the @SportTG4 Player of the Match.

Aisling's family ran a fundraising campaign for her son Dan who has a rare disease that can only be treated in America. pic.twitter.com/PDBlGYC7B0