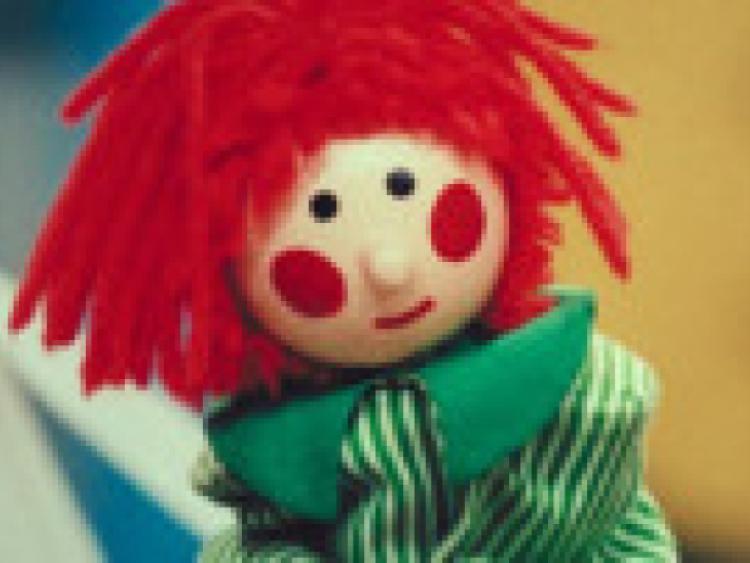 Ireland’s most famous red haired puppet Bosco took up residence in his new home this week to encourage everyone in Laois to recycle their waste portable batteries for the “Spread a Little Sunshine” campaign for LauraLynn.

Ireland’s most famous red haired puppet Bosco took up residence in his new home this week to encourage everyone in Laois to recycle their waste portable batteries for the “Spread a Little Sunshine” campaign for LauraLynn.

The popular puppet told The Leinster Express that he loves the Laois colours as they are the same as the WEEE blue battery boxes that are now available all over Laois.

Last year the people of Laois recycled 261,700 batteries, which is the equivalent of 4 batteries per person in the county. Every portable battery recycled by WEEE Ireland goes towards a monetary fund for LauraLynn

The money raised so far through portable battery recycling equates to 300 parent overnight stays and 300 music therapy sessions for children at LauraLynn. The average person in Laois uses the equivalent of 16 AA batteries every year.

Speaking about his new home and the Spread a Little Sunshine campaign, Bosco said: “This is my very first visit to LauraLynn and I am very lucky to get to meet such special boys and girls. My new house is made from a WEEE Ireland blue battery box – it is mostly blue with a little bit of white, just like the Laois colours - and I hope that this will raise awareness of just how easy it is to recycle your waste batteries by popping them into the blue battery boxes in retailers around Ireland. I want everyone to make a big effort to go through their drawers and look under their beds for any waste batteries that might be lying around – the more we recycle the more money we can raise for LauraLynn while helping the environment too.”

Bosco’s new home was created out of a special WEEE Ireland blue battery box, which are on display across Laois in retailers and are the simplest outlet for members of the general public to recycle their batteries in for free. ‘Every battery counts’ when it comes to raising much-needed funds for LauraLynn and Bosco and WEEE Ireland are urging people to recycle much more to help reach the recycling target and raise funds for LauraLynn.

Since “Spread a Little Sunshine” for LauraLynn began in 2011, WEEE Ireland have recycled 57 million batteries in their designated areas and more importantly raised much needed funds for LauraLynn in the process.

To get involved simply place your waste batteries in the Blue WEEE Ireland battery recycling boxes in your local retail outlet, participating school or office, or bring them to your local council recycling centre

This year WEEE Ireland is hoping to, at least match, the €45,000 fund previously raised for LauraLynn, by increasing battery recycling in Ireland by 20% on last year!

The LauraLynn facility is the only hospice providing respite care for children in Ireland. It relies completely on fund raising.

Philomena Dunne, CEO of LauraLynn told The Leinster Express “When this fundraising campaign started back in 2011 we had no idea how popular it would become. The LauraLynn facility relies 100% on the support of public fundraising and requires €2.37 million annually to operate. The battery-recycling fund, in one year alone, paid for 300 parent overnight stays and 300 music therapy sessions for children at LauraLynn receiving respite care with us. We thank everyone who has contributed to this campaign and we hope everyone will continue to bring their batteries back to the blue WEEE Ireland boxes across the country.”

Leo Donovan, of WEEE Ireland thanked every retailer, school and office that displays the blue WEEE Ireland battery box in pride of place in their respective establishments – “it is because of you that we have raised so much for LauraLynn.”