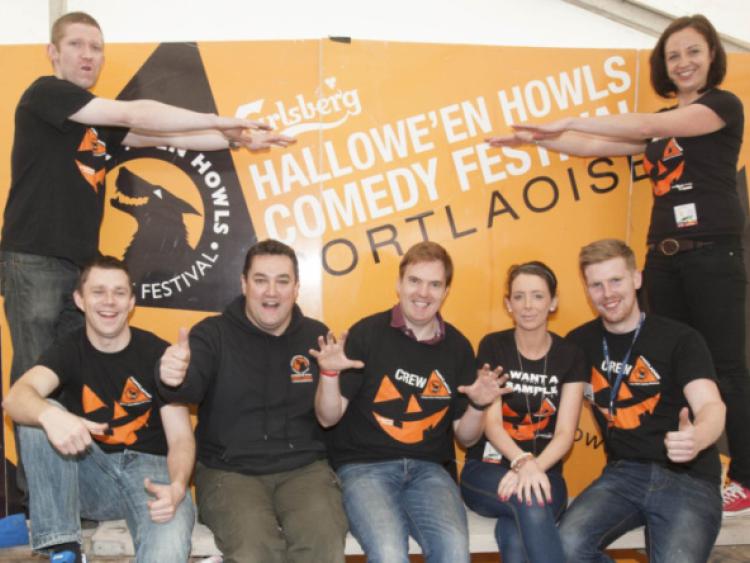 “I grew up in the mean fields of Durrow,” boasts the Laois man who has just landed one of the top jobs in Irish radio

“I grew up in the mean fields of Durrow,” boasts the Laois man who has just landed one of the top jobs in Irish radio

“I had an almost idyllic, ‘Wind in the Willows’ type of childhood really,” the comedian told the Leinster Express in an exclusive interview.

Bernard, who went to primary school in Our Lady’s Meadow NS in Durrow, and then onto Heywood College, said that his love of entertaining goes back to when he played music with his father as a child.

“I tried to play hurling and football, and in my head I was brilliant, but my arms and my legs let me down.

“My dad used to play the accordian, and I went around with him playing a few different instruments,” he said.

Bernard didn’t always set out to be a comedian.

“When I was in college in Dundalk I entered this stand-up competition and I won. After that I started getting a few gigs here and there.

“Then PJ Kavanagh from Portlaoise called me up one day and said he was setting up a comedy club, if I was interested. I was part of that for many years,” he said.

“I could decide to become a ballerina. “Well as long as you’re happy…” they’d still say!”

After his success on RTÉ’s The Republic of Telly, Bernard is taking on radio as the new host of 2fm’s breakfast show, and with that comes the pressure.

“Look, there’s pressure on the boys going out to cut the silage in the summer. You’ll have that with any job! But I like it, it keeps me alert”, he said.

The new show will be a mixture between The Republic of Telly and the old ‘Bernard and Keith Show’ on iradio.

“We’re just going to be ourselves and have a bit of craic!”

As for who should listen, “5 to 89 year olds, we’re focusing heavily on that age range.”