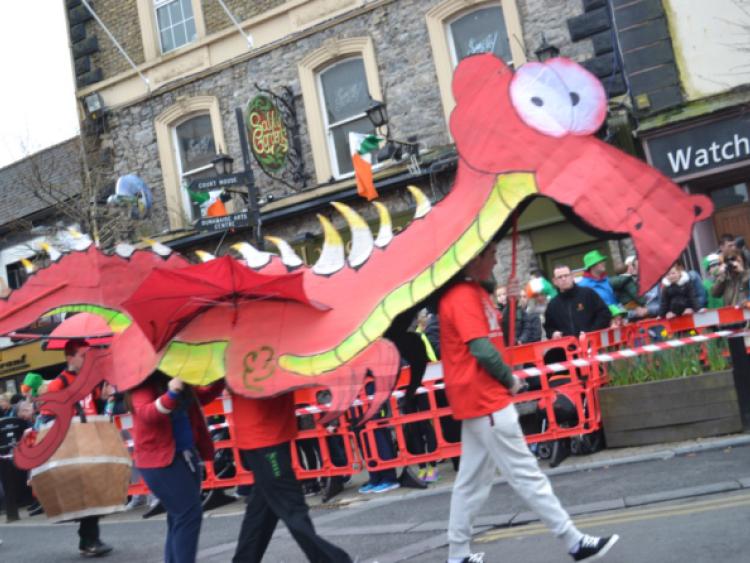 Members of the Portlaoise Foroige along with Portlaoise native and set designer John Doheny created one of the most colourful floats which took to the streets of Portlaoise on St Patrick’s Day.

Members of the Portlaoise Foroige along with Portlaoise native and set designer John Doheny created one of the most colourful floats which took to the streets of Portlaoise on St Patrick’s Day.

The float was built for Portlaoise Credit Union, and the theme was ‘we’ve got you covered’. According to John, the aim of the project was to use our national day of celebrations to bring the local credit union and a community group together and create a feature over a series of weeks.

“To create this feature, the group worked through a series of design workshops. Here we developed and created our ideas, then we looked at the size, shape and form of the finished pieces”.

The group came up with a number of pieces using different coloured unbrellas, and the results set the group apart on the day, with flower pots, flowers, a garden shed, a water bottle, a crab, sharks, fish, and most impressively a five metre red dragon with umbrellas for wings. They brought vitality and colour to the parade, as well as showing off their creative talents and skills.

Once all the information was gathered, John set about creating individual pieces for the groups. Because of the amount of ideas the group came up with, John scaled down the size and picked a few that could be achieved within the time frame and within budget.

“Our final workshop for creating was a four-hour session adding colour, texture and additional features. Here is where we brought our ideas to life.

In total the group worked on the project for eight hours and an addition two hours for the parade. The group gained a wealth of experience and exposure for Foroige. Weeks of creating and making, and their piece was ready to be viewed by the people of Portlaoise”.

John said that he also gained a lot of experience from the project and thoroughly enjoyed it.