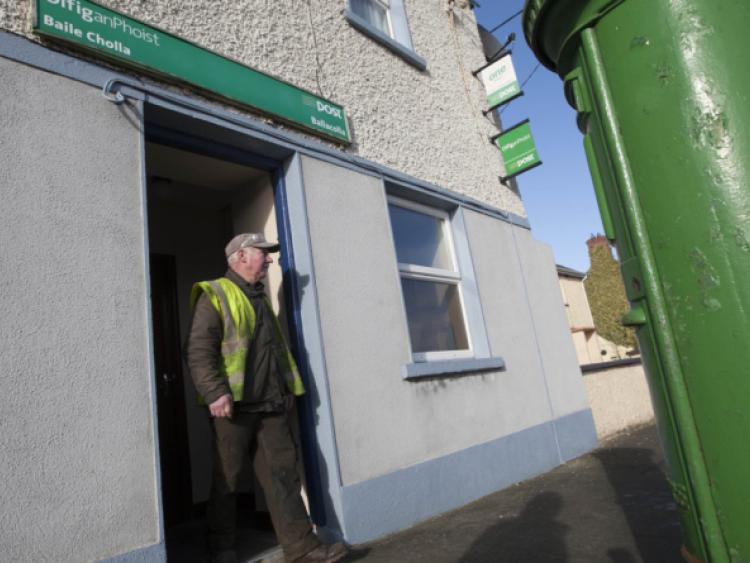 Deputy Fleming said: “It was clear that this decision was made several days ago but the letters were only issued on Monday. It is clear cut that the Government had forced An Post to hold off this announcement until after the local and European elections. The Government should have been more honest in allowing the truth to be told in advance of people voting last Friday.”

“It is a severe disappointment to Ballacolla and surrounding areas at the loss of this vital service in the community. It is also unfair to the many elderly people and other people who needed to use this Post Office on a daily basis.”

“It has been cynically timed just after the local elections. It is now clear that locals were invited to participate in a consultation process that was meaningless and simply a play for time. The loss of the post office is a serious blow to the Ballacolla area and to other small businesses in the village as it removes one of the vital components of the cluster of businesses necessary to keep the commercial life of any small village alive.”

A representative from An Post told the Leinster Express: “An Post also fully took into account the various submissions received in relation to the future provision of post office services in the Ballacolla area. An Post would like to thank all those who participated and assisted in the consultation process. An Post is firmly committed to the continued provision of quality services to our customers in Ballacolla and surrounding areas.”