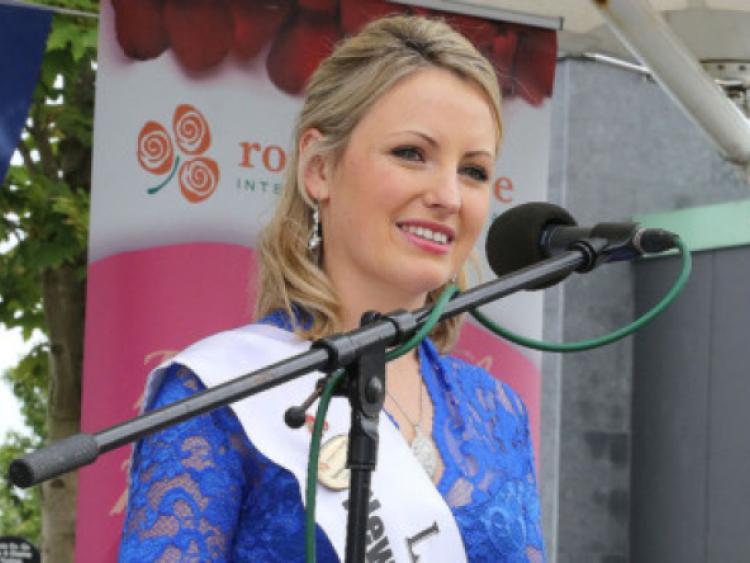 There were plenty of celebrations in Barrowhouse and across Laois at the weekend as the Laois Rose Teresa Brennan was selected to represent the county at the Rose of Tralee festival which will take place in August.

There were plenty of celebrations in Barrowhouse and across Laois at the weekend as the Laois Rose Teresa Brennan was selected to represent the county at the Rose of Tralee festival which will take place in August.

Laois Rose Teresa, who is a former Queen of the Land, told the Leinster Express that she had a fantastic weekend.

“I am wrecked this morning but am absolutely delighted. It was a fantastic weekend, I had such a great time. I will have a busy summer ahead but I am a secondary school teacher, and I have three months holidays so I won’t be under as much pressure as some of the other girls, thank God.”

Teresa said that the weekend was of course not without tears for many of the contestants.

“It was a pity that not everyone can go onto the next round, we all got to know each other really well over the weekend. There were tears of joy and tears of disappointment.”

After a busy weekend and three selection nights on stage, the Roses were told that the winners’ announcement would be made at half eleven on Sunday night.

“They told us half eleven and it was at half eleven. We had Mickey Joe Harte playing music for us and we were all up dancing to him, we had forgotten about the announcement until Daithi came back on stage. It was done very fairly, he listed off the names of the 23 girls going forward.”

One of Teresa’s highlights of the whole weekend, apart from hearing the news of her selection, was paying a visit to Barrowhouse.

“I’m very lucky that because I was the home Rose, I got to go home to Barrowhouse for a half an hour. It was amazing and there were hundreds of my neighbours, family and friends there. The Chicago Rose told me after that it was the highlight of her weekend as well. Barrowhouse is a tiny community with a huge heart.”

Teresa said that she planned on sitting back at home for a day or two to recuperate after the festivities.

“I plan on relaxing for the rest of the day and drinking tea and going over the weekend’s memories with my family. I am delighted to be representing Barrowhouse and of course Laois. It is going to be fantastic.”