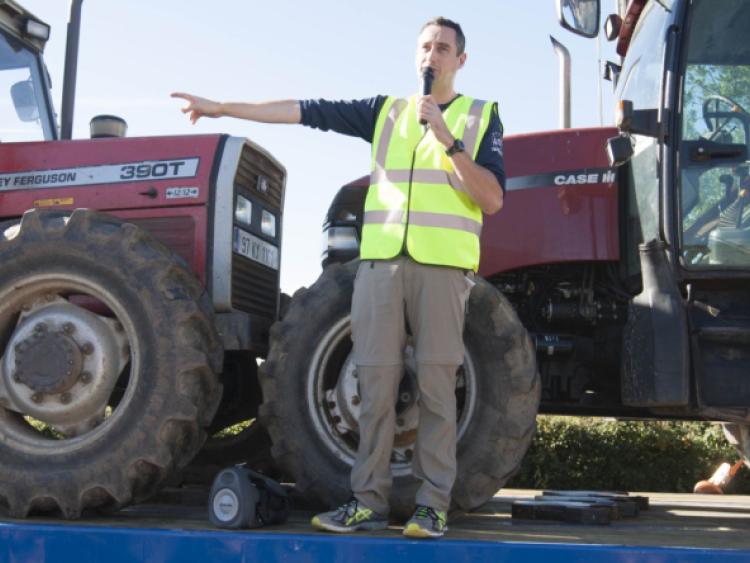 Ag scientist Eoin Lowry combined his love of running and farming when he organised the ‘Plough on and Run’ at the ploughing championships.

Ag scientist Eoin Lowry combined his love of running and farming when he organised the ‘Plough on and Run’ at the ploughing championships.

The fun run/walk was well attended by farming families, running clubs and the Ratheniska community alike.

It brought in almost all of the €3,000 Eoin needed to raise in order to join 13 colleagues from Irish charity Vita, on a trip to Africa this November 23.

He is looking forward to his week long trip, when he will help advise Ethiopian farmers on how to make the most out of their tiny plots, where they grow that most Irish of crops, potatoes.

“The whole idea is we have technical knowledge to help them, showing how they can spray crops and use fertilizer. They farm in a very traditional way, and are a bit sceptical of modern methods,” he said.

He is vice president of the Agricultural Science Association, who formed links with Vita a year ago.

Now working with the Irish Farmers’ Journal, Eoin grew up in a farming family, and his father John still works in tillage in Ratheniska.

It is Eoin’s first trip to Africa, and once again he has found a way to combine running with farming.

“We are doing the Great Ethiopian Run with Vita while we are there,” he said, referring to the prestigious 10k race in the capital of Addis Ababa on November 24, which attracts 37,000 runners from all over the world.