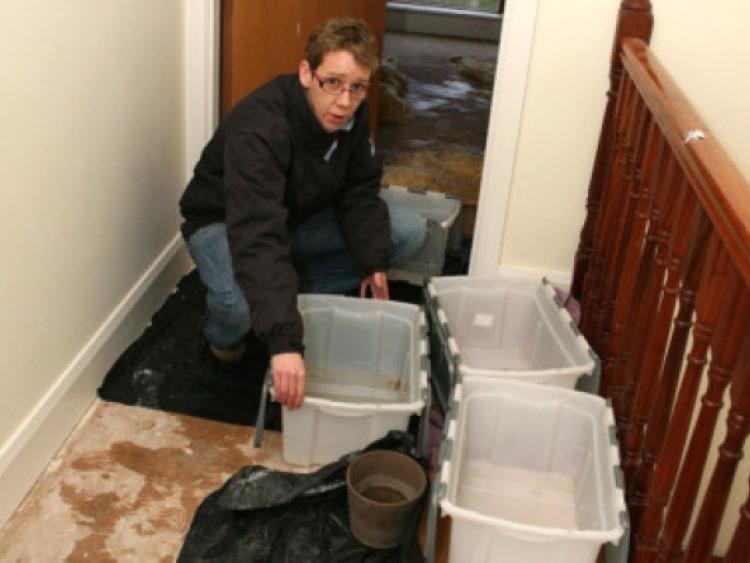 The developer of an unfinshed estate in Portarlington has agreed to meet with all parties involved to solve the situation for once and for all.

The developer of an unfinshed estate in Portarlington has agreed to meet with all parties involved to solve the situation for once and for all.

Kieran Linnane of Derrycorris Developments made contact with the residents of Corrig Glee for the first time in almost two years last week, and said that he is willing to meet with the residents, NAMA and Laois County Council to determine the future of the estate on Station Road,

The residents held a meeting in the Anvil Inn last Thursday March 6 to discuss what steps to take next. Even residents that had lost all hope and walked away from the situation at Corrig Glen a long time ago were present at the meeting, according to resident Sinead Maher.

“This whole thing has brought the residents of Corrig Glen together as a group, and we’re willing to go above and beyond for some justice.

“We hope to get Portlaoise-based structural engineer Philip Bennett on board to assess the buildings, see if they are structurally sound.

“The main aim of the residents now is to get the engineer’s report done, to have ready for when we meet with the developer, NAMA and the council.

“We really need to have this meeting soon. All parties involved seem to have different ideas. We need to let each other know where we are coming from,” she told the Leinster Express.

According to Ms Maher, the developer contacted fellow resident Edel Coleman last week, to talk about her apartment which was deemed unsafe to live in following the collapse of her ceilings from leakage, a knock-on affect of the storm damage done to the roof.

“Edel couldn’t believe it when he rang. It was the first time he spoke to her in almost two years, and never before had he contacted her first.

“He was courteous on the phone for once. He said he wanted it solved, and that he would be willing to meet with us, NAMA and the council to get to the bottom of it,” Ms Maher said.

Linnane informed Ms Coleman on the phone that he had been in contact with the insurance company, and that the apartments were block insured.

He also said that a risk assessor would call to her apartment soon to assess what damage was and wasn’t covered for.

“He basically told Edel that her apartment would be repaired both inside and outside, and that she would also be covered to rent elsewhere while this repair work was taking place. We don’t know what to believe though yet. We find it hard to trust him,” Ms Maher told the Leinster Express.

The residents are now in conact with Jennifer Molumby, Relationships Officer for NAMA, to try and arrange a meeting with all parties.

Last Tuesday March 4, works were finally carried out to replace the roof which blew off one apartment block during the stormy weather. NAMA contracted this repair work, and it was completed without any engineer’s report to assess the extent of the damage to the roof and internal structure.

“Only a camouflage job” was the term used by local elections candidate Willie Murphy to describe the work carried out.

“The work was only remedial, to keep the water out and protect the building from getting worse.

“The plywood underneath the roof is now completely rotten from being exposed. This has caused the roof to drop down, and made the ceilings collapse in some of the apartments,” he told the Leinster Express.

Mr Murphy said that a proper job would involve replacing all the damp plywood and plaster boards.

“NAMA sent no engineer to climb the roof and access the damage. An engineer needs to survey the whole situation. There was no engineers report ever done.

“This job was only to secure the building really,” he said.

Angela McEvoy, Senior Planner at Laois County Council, said that they were actively persuing the completion of the estate.

“We continue to actively pursue the completion of this estate through enforcement proceedings,” she said.