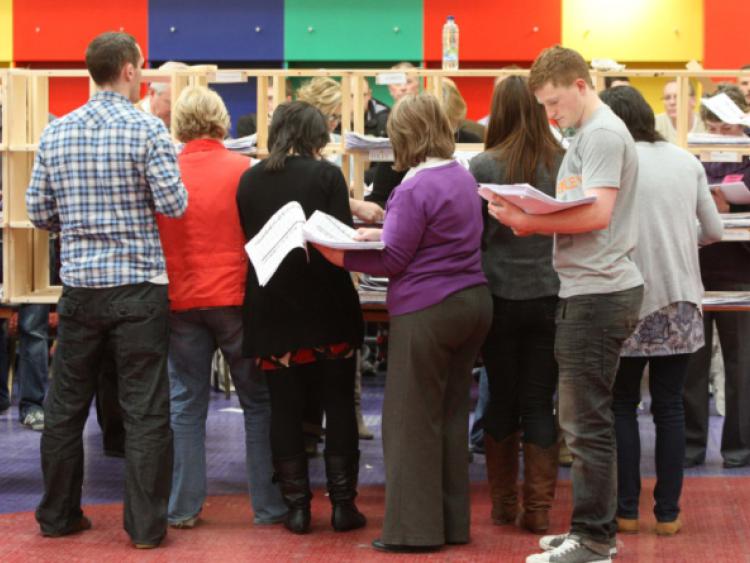 The merging of the Borris-in-Ossory and Mountmellick electoral areas has obviously changed the dynamic of this contest, as indeed it has in other areas.

The merging of the Borris-in-Ossory and Mountmellick electoral areas has obviously changed the dynamic of this contest, as indeed it has in other areas.

With six seats up for grabs and 16 candidates in the field, competition is intense to put it mildly, and the outcome is bound to throw up one or two surprises, if not anomalies.

Borris itself has been an intense battlefield, of course.

Retiring Fine Gael Councillor John Bonham took centre stage in 1999, when on his maiden election he engaged in an epic battle with the late Larry Kavanagh (Lab) in what turned into a marathon count.

It was later the subject of a book by the then Returning Officer, Louis Brennan.

Bonham eventually emerged victorious, and he might be permitted a wistful glance back to that contest 15 years ago.

This time around, we may not get a marathon count, and there won’t be too many bemoaning that.

What we are assured is another epic battle for these six seats, and to paraphrase the battle of Stalingrad, every inch of every street will be fought.

If all politics is ultimately local, then this is surely the case here.

In the south of the county, in areas like Durrow, Rathdowney, Ballacolla there are a number of local candidates all attempting to pull votes out of essentially the same well.

It will be a dogfight, and if no one or two pulls away early, then we could be in a for nail biting contest.

Incumbency no longer confers quite the same advantage in this changed world.

Nothing has been taken for granted in this contest, and not until the last votes are counted will anything like a sigh of relief be allowed.

Will for example the formidable vote getting machine come through this time for Brendan Phelan and what impact, if any, will his independence stance have.

For John King, Rathdowney is a solid base, and one that he relies greatly on.

In the mix as well is James Kelly from Mountrath. The nephew of long time councillor Jimmy Kelly, he is well known in the community and sporting circles and has connections in Rathdowney.

The absence of the vote getting supremo John Joe Fennnelly will also have an impact.

Michael G Phelan ran it close the last time, but that was then, this was now.

Long time Councillor Michael Lalor (FG) is as wily veteran of such campaigns, and he leaves no stone unturned in his bid to return to County Hall in June.

His base in Camross and elsewhere is also strong.

It will be interesting to see how FF’s Ger Phelan performs in Mountrath, and also independent candidate Pat Cooper as well as Sinn Fein’s Rhoda Brogan Dooley.

In the Mountmellick area itself, Paddy Bracken’s (FF) should stand him well. The outgoing town and county councillor forced his way onto the ticket after threatening to run as an independent. FF HQ put him on the ticket after he failed to get the backing of enough local members. Cllr Brendan Phelan was not so lucky in his dealings with HQ.

The fate of the other candidates in this area is somewhat more obscure.

Make no mistake about it, this will be a fascinating election, and it promises to deliver drama in spades.

This area typifies local politics, where the profile and work of the candidates is more often than not the determining factor, rather than partisan lines.