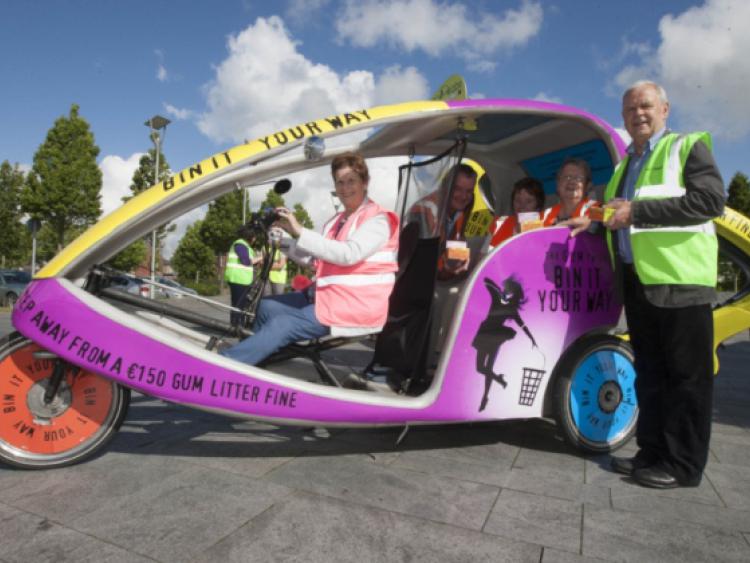 The local elections in 2014 saw many councillors lose their seats, among them Fine Gael’s Kathleen O’Brien, who had served on Portlaoise Town Council since 1991

The local elections saw many councillors lose their seats, among them Fine Gael’s Kathleen O’Brien, who had served on Portlaoise Town Council for 22 years.

It was a shock to the 66 -year- old Portlaoise native, who stayed away from the drama of the count centre.

“Everybody goes out to win, but I was very disappointed for the people who voted for me. I helped a lot of people over the years, and built up friendships. People are still coming up to me to say they were sorry I lost,” she said.

Kathleen was reared in a railway cottage on the Old Knockmay Road.

“We played on the railway as kids. I married Pat O’Brien from Portlaoise and we moved to Dublin, he was an Air Corps man,” she said.

They moved back to Portlaoise and had three children, Fiona, Damian and Andrew. Kathleen became deeply involved in many volunteer groups, including the church flower arranging committee, playing in St Joseph’s Accordian band, and the Tidy Towns.

She was co-opted to the town commission in 1991 for Fine Gael.

“By being a public representative you can do a lot for your community, I saw myself as more a community person than a politician. I enjoyed it, I don’t think I made an enemy of anyone,” she said.

Five years ago she was also elected as a county councillor. Her proudest times were her three terms as Mayor of Portlaoise.

“I had great family support, from my sisters and my mother. She used to get a great kick out of it, asking who fought with who in the meetings,” she said.

She ran the New York marathon in 1992, another a year later and walked the Dublin marathon twice.

“I am still friends with women that I used to jog with, they are part of my life too,” Kathleen said.

In 1993 she was diagnosed with breast cancer, and had a mastectomy and treatment.

“I continued with my life, it didn’t change anything but it made me more positive. I always say I ‘had’ cancer, it was gone,” she said.

Kathleen began volunteering with the HSE’s ‘Reach to Recovery programme’, visiting cancer patients in Portlaoise hospital, and later making herself available for counselling over the phone. When Pat passed away in 2001, she found strength in her community.

“Everyone looked after me. Community work helped me get over it,” said Kathleen.

Her cancer recurred last March in her ovaries. Following another operation Kathleen is now on hormone tablets to “keep it at bay”. She remains upbeat.

“You can’t sit at home and cry. You have to accept the treatment and get on with life, each day is a bonus” she says, admitting the hardest part was telling her family.

“Everyone was devastated, but I feel if they see me being positive, they can accept it and be positive too,” she said.

She has great praise for the Cuisle Centre in Portlaoise, who give therapy and support to cancer patients, but she finds her therapy elsewhere.

“They are absolutely brilliant, it is great to have it but I would rather be out digging or strimming. I am no ordinary granny, you never know what I’m doing but it’s not staying at home knitting,” she said.