Laois billboard: "Humane milk is a myth - don't buy it" Do you agree? 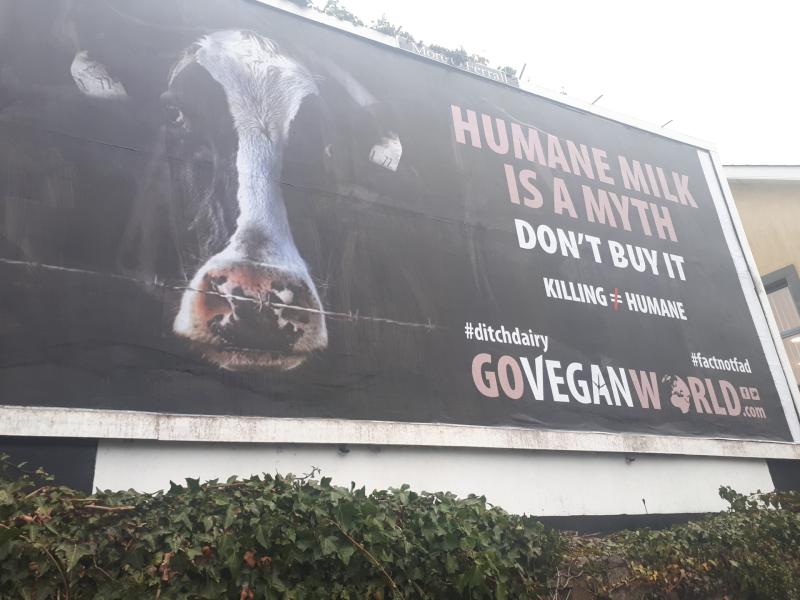 Milk is produced in a humane way.

Milk is not produced in a humane way.

A striking billboard was erected in Portlaoise town just at the top of the Dublin Road recently.

The advertisement is by GoVeganWorld.com and in big writing says "Humane milk is a myth - Don't buy it".

There is a close up image of a cow and the social media hastags #ditchdairy and #factnotfad are also on the large board.

This poster peaked our interest here at the Leinster Express and we asked Chairperson of Laois IFA, Francie Gorman what he thought.

"We are never going to tell people what they should and shouldn't do. These campaigns take the most extreme form of animal cruelty and paint it as the norm.

"The environment that animal products are produced in have never been better.

"99.9% of farm animals have never been better looked after than they are now. There is traceability from farm to fork almost and it stands up," he said. 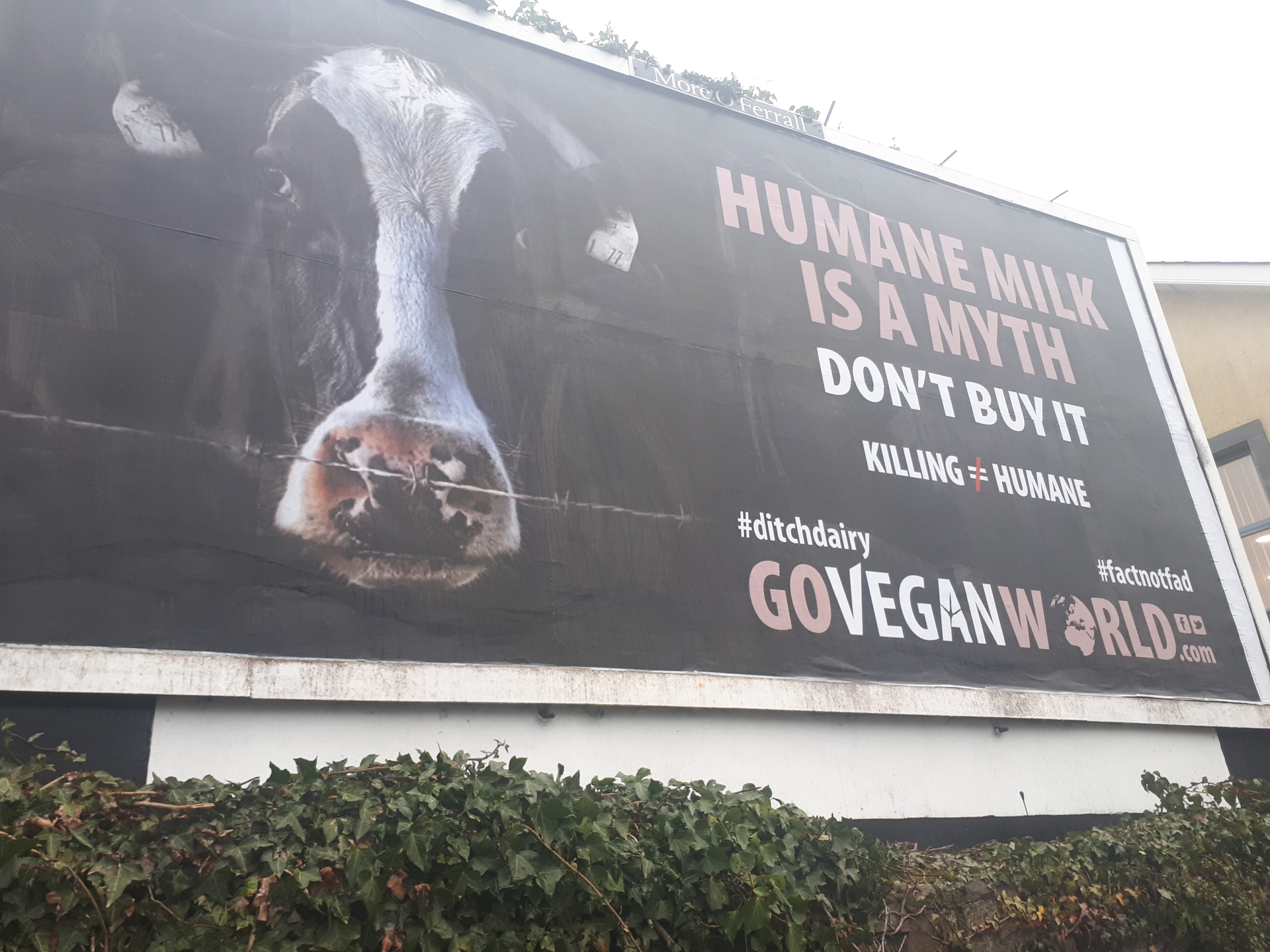 Is humane milk a myth? Does this advertisement make you consider going vegan?