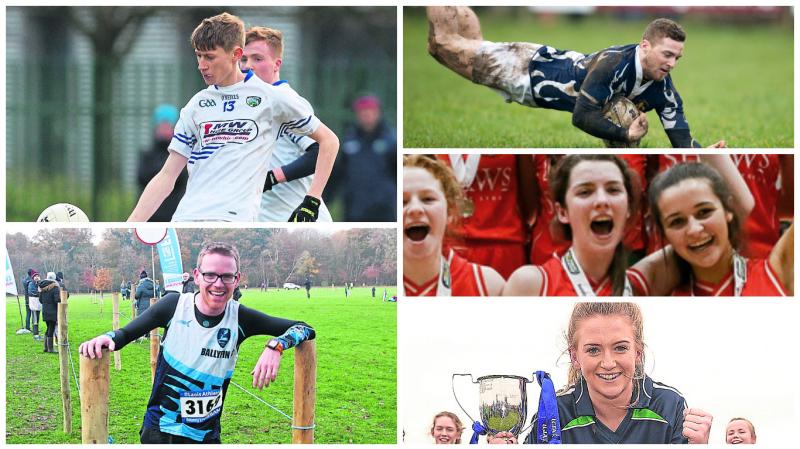 The nominees for this month's award.

There are five nominees for the inaugural Downey's Auto Stop/Leinster Express Sports Star of the Month for January. Details of all nominees is as follows

First up is Colin Maher, the Ballyfin AC athlete who has been in outstanding form over the last two years. Maher was second in the National Intermediate Cross Country Championships last weekend, another medal to add to an already creaking trophy cabinet.

Our second nominee is Emma Lawlor. The St Paul's footballer scored a brilliant goal to help Scoil Chríost Rí to a Leinster Schools SFC 'A' title last Tuesday. She then lined out with the school's soccer team in a Leinster final on Thursday, a game they lost after extra-time, before then kicking 0-4 for the Laois Ladies senior team in their league opener against Kildare. Two of those points came in injury time to seal a 2-11 to 2-9 win.

Sean Moore is our third nominee after his scoring exploits in the month of January. He scored 0-23 in three games for the Laois U-21 footballers in the Peter McNulty Cup group stages, while also making his senior debut in the O'Byrne Cup, scoring 0-3 and setting Donie Kingston up for a goal against DIT.

In basketball, Scoil Chríost Rí's Shauna Dooley has also been nominated after her MVP display in helping the school to an All-Ireland Schools Cup final win last Wednesday against CCC Limerick. Dooley scored 13 of her team's 45 points in their 45-38 win over the Munster champions.

Our last nominee is Portlaoise RFC out-half Logan Nicholson. The New Zealand-born Nicholson was in outstanding form on Sunday last to score 18 of his team's 23 points in their Towns Cup win over Portarlington.