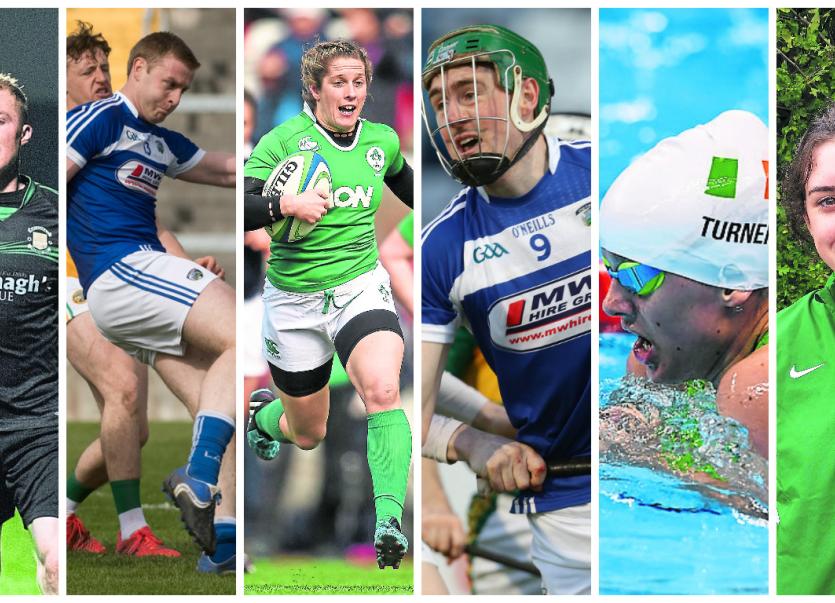 Our monthly Sports Star awards are back, and we have six top class nominees once again. You can find out why they are nominated below, and cast your vote at the top of this article.

After the rigours of competing in Rio last year, Nicole returned to international competition in March, travelling to Copenhagen for the inaugural round of the Paralympic World Series. Short of competitive action in the run up to the meet, it hardly showed as she qualified for three finals in a hugely impressive start to season, pitting herself against some of the best para swimmers in the world.

March was a month which ultimately ended in disappointed for Miller and her Irish team mates, but she still played a big part in helping Ireland to the cusp of another 6 Nations Grand Slam. Their final round loss to England put paid to those hopes, but Miller was to the fore for Ireland once again, and even bagged herself a place on the 6 Nations Team of the Tournament.

March was a mixed month for Laois hurlers, but Purcell put in a string of fine displays for Eamonn Kelly's side. That culminated with an outstanding performance in Wexford Park, where he scored 1-4 from play as Laois almost pulled off the biggest shock of recent years against Davy Fitzgerald's side.

The Arles-Killeen man will be in no mood for celebrations at the moment following the loss to Offaly last weekend, but on a personal level, he had a simply outstanding month in March. Scored 1-4 against Sligo and recovered from injury to turn in a stunning display against Longford at O'Moore Park, where he scored 0-9.

St Abban's AC has an incredible record of producing top class competitors in the jumping competitions, and the production line shows no sign of letting up. Our final nominee is Ruby Millet, who showed her class at the National Juvenile Indoor Championships in March, where she won gold in the U-17 girls High Jump, and followed that up the next day with bronze in the U-17 girls Long Jump.

Portlaoise AFC continue to chase top honours in LSL Division 1B, and Murphy has been central to that. Their top-scorer this season, he rattled in five goals in the month of March, four of which came in a dominant win over Ballyfermot Utd.