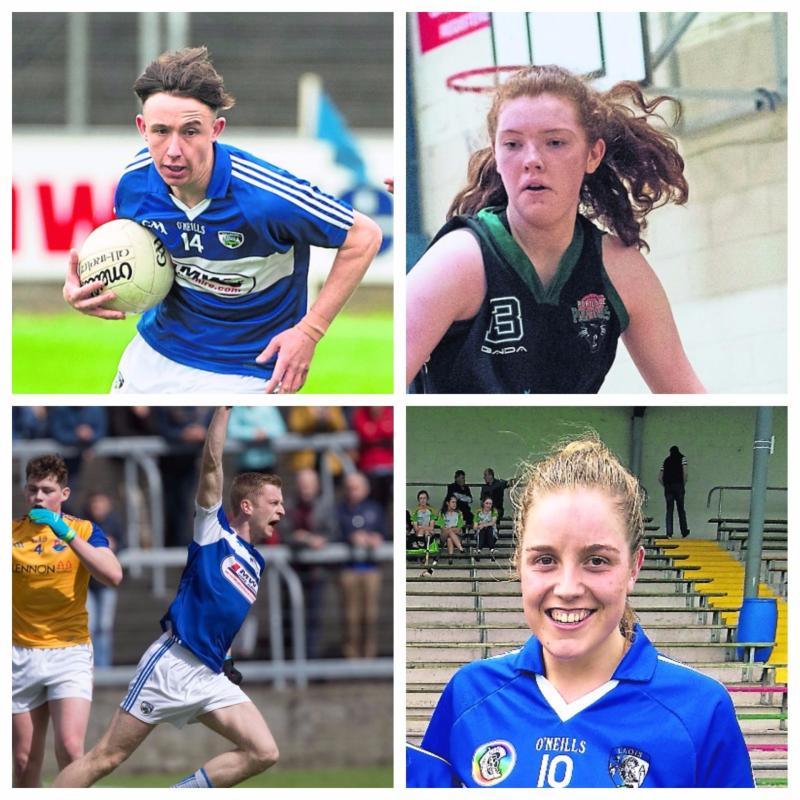 The month of May has throw up four candidates for the Downey's Auto Stop/Leinster Express Sports Star of the Month.

Read all about them below.

Our first nominee was perhaps the busiest of all four, it is Ciaran Comerford from The Harps.

One of a handful of players on both the county minor football and hurling teams, Comerford had Leinster minor championship games four weekends in a row in May, as he helped the Laois minor hurlers to a Leinster semi-final and the footballers to a quarter-final.

Unfortunately Laois's interest in both competitions ended at those stages, but Comerford still played a major role for both teams.

Our second nominee is basketballer Claire Melia, who broke new ground even for her in an already stellar young career. Claire, a 17 year old fifth year student who plays for Portlaoise Panthers, was called up to the Irish senior womens team for a recent international series against Luxembourg.

She played in all three games, getting on the scoresheet to boot, which is a remarkable achievement for someone so young.

Our third nominee has already gotten her hands on an individual award this week. Sarah Anne Fitzgerald was Laois' Player of the Game in the recent Leinster camogie final, as she played a central role in guiding them to provincial glory.

Sarah Anne scored 0-7 against Carlow in the semi-final, and then went one better in the final, hitting 0-8 against Westmeath to help Laois to a four point win.

Our fourth candidate is Paul Kingston, whose two-goal haul against Longford played a massive part in helping Laois secure a much-needed win.

Laois were under the cosh when Kingston scored a brilliant goal just before half time, and his second just after the break wrapped up the victory.