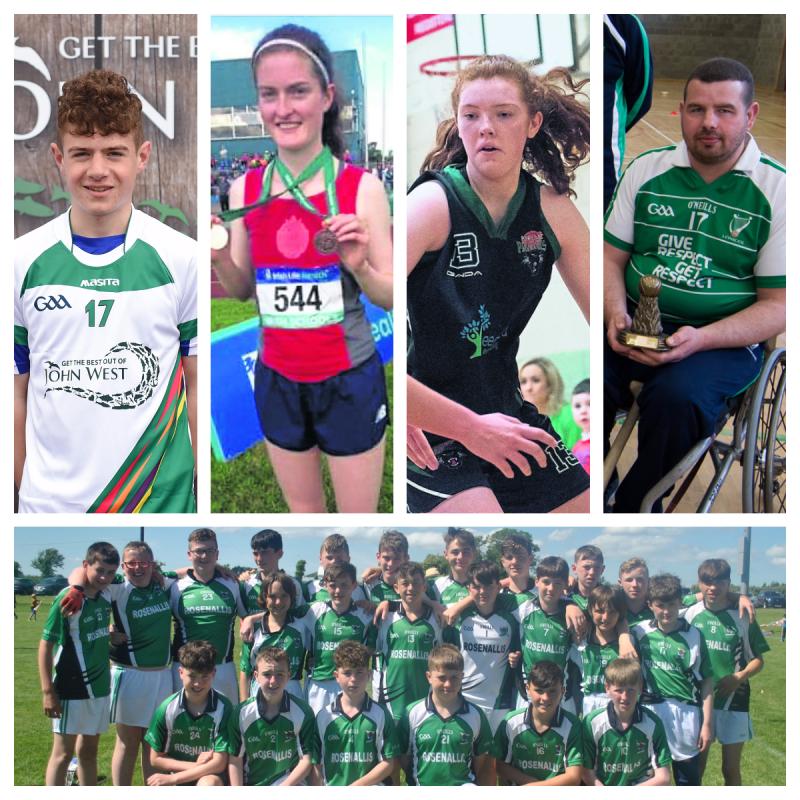 The nominees for June.

The nominees are in for our June Sports Star of the Month, in conjunction with Downey's Autop Stop in Portlaoise.

We have five nominees for this week, and in a first for the competition, we have a team nominated. Full details on all of our nominees, and why they were nominated, is listed below.

A member of Ballyroan Abbeyleix and District AC, Avril turned in a stellar performance at the All-Ireland Secondary Schools championships back in June. She lead a strong field home in the senior girls 3000m race, claiming a well deserved gold medal. Not contented with that, she ran the 1500m later the same day, and won bronze! Fantastic running from one of the rising stars of Laois and Leinster athletics.

It's not often you get to say you're the most skillful player in the country, but young Oisín Hooney from the St Joseph's club certainly can. He represented Laois at the National Féile Skills finals in Abbotstown back in June, a stern examination of the best U-14 footballers in country to test their mastery of all the skills of the game. Oisín saw off challenges from all over the country though to see himself crowned the 2017 Féile Skills winner.

Laois man Lorcan Madden was at his brilliant best for the Leinster Wheelchair Hurling team in June, as he showcased exactly why he is the reigning Wheelchair Hurler of the Year. Leinster played both Connacht and Ulster in June, and they won both games, scoring eight goals in the process. Lorcan lead the charge, scoring four and setting up another three to keep Leinster top of the standings.

A repeat nominee, to say Claire's star is on the rise is a bit of an understatement. Only finished fifth year at Ardscoil Rath Iomhghain, she has established herself as a regular on the Irish senior ladies team, and in June she earned herself an MVP award in their victory over Iceland. A member of the Portlaoise Panthers club, she will captain the Irish U-18 team at the upcoming European Championships in Dublin.

The first time we have nominated a team in this poll, but we couldn't leave them out after their outstanding achievement in June. Playing in Division 2 of the national competition, they saw off teams like Birr, St Martin's, Thomastown and Bunclody to bring the cup back home to Laois.