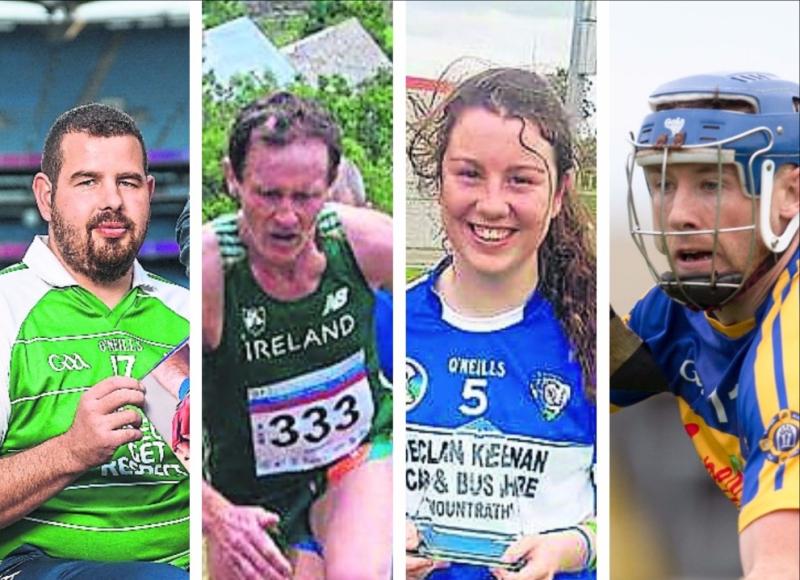 The nominees are in for September's Sports Star of the Month, in association with Downey's Auto Stop, and we have four candidates in the running.

Here is a little information on each candidate, and why they have been nominated. Voting closes at 1.30pm this Friday afternoon.

The Clough-Ballacolla man gets the nod after two outstanding displays in the month of September. He scored 0-10 against Abbeyleix in the SHC semi-final, before following that up with 0-15 in the county final. He ended up on the losing side in the county final, despite such an incredible scoring haul, but he was still in mightily impressive form.

Our oldest nominee so far, McDonald has been a stalwart on the local athletics scene for decades now, and he has also been one of Ireland's best proponents at Mountain Running. A sport that is exactly like it sounds, it involved running up mountains, and McDonald claimed a silver medal at the World Championships in Slovakia during a race which involved almost almost 2,000ft of ascent over it's 9.6km distance.

A second nomination this year for Molly, and she becomes the first person to be nominated for two sports. A handball nominee back in February, she is nominated this time around for her starring role in helping the Laois U-16 camogie team to the All-Ireland title over Antrim, where she earned Player of the Game honours after scoring a goal from wing-back in the final.

A second nomination for Lorcan Madden, he was once again at his imperious best for the Leinster Wheelchair Hurling team as he helped them to retain the All-Ireland league title. He scored seven goals in total in games against Ulster and Connacht, as Leinster now look to defend their championship title.